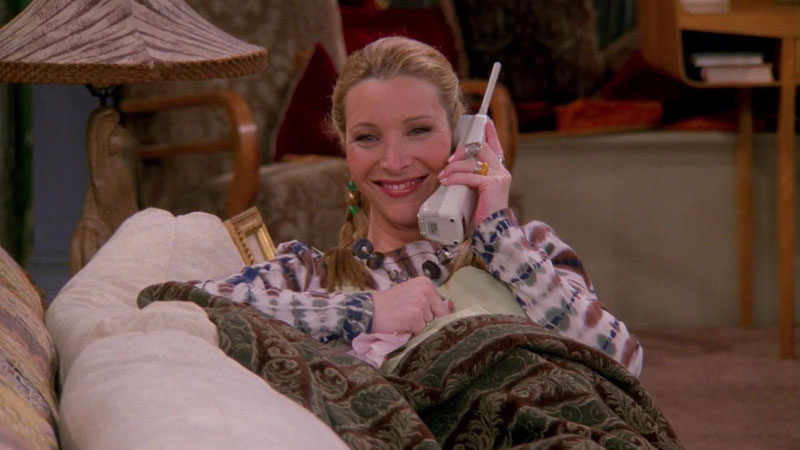 This mystery is fishier than Smelly Cat himself. For years, Friends fans have wondered the identity of Phoebe Buffay’s mysterious third bridesmaid, seen only in the season 10, episode 12 episode “The One with Phoebe’s Wedding.”

Now, one TikToker believes he’s figured out who, exactly, she is.

In the video posted Aug. 22 by user @therealgregoryj, the Friends fan plays a season six, episode three scene in which Phoebe reveals she has a roommate named Denise, whom the group has ever met.

“I don’t understand,” Chandler Bing, played by Matthew Perry, asks in the clip. “How can you have a roommate that none of us know about?”

“Maybe because you never listen to anything that I say,” Kudrow’s Phoebe snaps back. “Denise!”

But, some viewers have another idea: the mysterious third woman is the sister of Mike Hanningan, you know, Phoebe’s husband. This seems to be confirmed, as IMDb lists the bridesmaid as someone named Bitsy Hannigan, played by Cristine Rose. Seems like it’s time to…PIVOT!

All this theorizing stems from one shot during Phoebe’s final season wedding. As she and Mike say their vows, the camera pans to Phoebe’s line-up of bridesmaids, which includes Rachel, Monica and an unknown, dark-haired third woman clad in a fluffy pink coat.

Recently, Kudrow herself has spoken up about her time on the hit NBC sitcom, saying that she felt insecure watching herself act in poorly-fitted clothes. So, she asked costars Cox and Aniston to come to fittings to help her get clothes tailored. “I’m not trying to say I was overweight,” Kudrow shared on the Podcrushed podcast Aug. 3. “I was not. I just had no idea of the actual shape of my body.”

Maybe Kudrow herself can comment on this pressing mystery, because we need answers like Ross needs his moist maker turkey sandwich.