Prime Minister Azad Jammu and Kashmir Sardar Tanveer Ilyas Khan has said that in accordance with the vision of the party chairman Imran Khan, the PTI government in Azad Kashmir was committed to hold local bodies elections to transfer power to the grassroots level.

The AJK premier expressed these views while talking to the Central Additional Secretary General of Pakistan Tehreek-e-Insaf and President North Punjab Amir Mehmood Kayani who called him on Saturday.

Speaking on the occasion, the PM while briefing him about his government’s efforts aimed at resolving people’s problems said that private sector was also being encouraged in various sectors to get the people of Azad Kashmir out of the problems. Regarding the flood situation, the PM said that comprehensive arrangements have been made to provide relief to victims and rescue people in flood hit areas of Azad Kashmir.

Expressing his grief and sorrow over the loss of lives due to ongoing flooding across Pakistan, the PM said that after the Corona Pandemic, floods have wreaked havoc in Pakistan. “Hundreds of people were killed whereas property, infrastructure, and livestock worth billions of rupees have been destroyed”, he said.

He said that the Azad Kashmir government was also contributing to the relief of the victims. “Dozens of NGOs from Azad Kashmir are currently participating in relief operations in flood-affected areas”, the PM said.

Regarding municipal elections, the PM said that holding of local body elections in Azad Kashmir according to the policies of Chairman Tehreek-e-Insaf and former Prime Minister Imran Khan has been the incumbent government’s top priority.

Speaking on the occasion, PTI leader Amir Mehmood Kayani hailed the AJK Prime Minister and his team for their services for the people of Kashmir. He said that under the leadership of prime minister Azad Kashmir was entering into a new era of development and welfare. 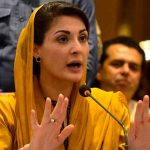