* He died of kidney failure in Germany and his remains were transferred to his home country ahead of Friday's service, which was attended by a crowd of officials, artists and admirer 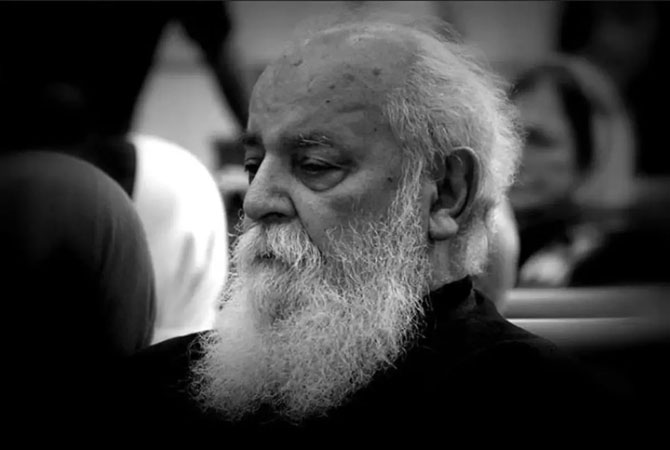 Hundreds of Iranians attended a funeral service in Tehran on Friday for the country’s best-known contemporary poet, Hushang Ebtehaj, who died earlier this month aged 94.

Ebtehaj, whose Persian pen name was Sayeh (the Shadow), shot to fame composing lyrical poems themed on love and solitude, as well as reflections on the struggles and upsides of life in Iran. He died of kidney failure in Germany and his remains were transferred to his home country ahead of Friday’s service, which was attended by a crowd of officials, artists and admirers.

He was a founder member of the Iranian Writers’ Association (IWA), established in 1968.

Long close to Tudeh, Iran’s Communist party, he resigned from state radio after a 1978 massacre perpetrated by the then shah’s security forces.

After the 1979 Islamic Revolution, Ebtehaj was arrested along with several members of Tudeh, and the party was banned.

From the late 1980s, he flitted between Tehran and Cologne, where he lived a modest life with his family.

After a short ceremony, attendees followed his coffin while a recording of him reciting one of his poems was broadcast.

“Sayeh has finally returned to his land,” Ebtehaj’s daughter Yalda told the crowd, noting that her father “kept repeating that he wished to return to his people”.

In a message, Iran’s President Ebrahim Raisi praised the poet for “his role in the rich treasure of Persian literature” and for his “anti-arrogance” poems, a reference to the US in Iranian government parlance.

He is due to be buried Saturday in gardens in his home city of Rasht.