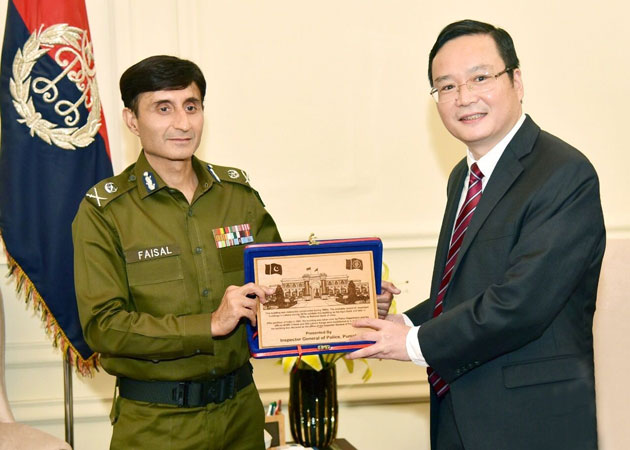 Inspector General Police Punjab Faisal Shahkar has said that the Punjab Police is ensuring foolproof measures for the security of all foreigners, especially Chinese citizens, experts and investors, who come for business or private purposes in different districts of the province. IG Punjab said that we are taking all possible measures for the security of Chinese citizens’ residences as well as working sites and offices.

IG Punjab said that the experiences of friendly country China will be benefited to increase the efficiency of the police force. Talking about the Special Protection Unit (SPU) responsible for the security of Chinese citizens, IG Punjab said that the specially trained personnel of SPU are performing the security duties of Chinese citizens in all the districts of the province with full zeal.

IGP added that full security measures in this regard are being further improved with effective supervision. IG Punjab expressed these views today during a meeting with the Chinese Consul General, Lahore, Mr. Zhao Shiren at the Central Police Office.

In the meeting, the security of Chinese citizens, experts and investors residing in Punjab was discussed. Chinese Consul General Lahore Mr. Zhao Shiren appreciated the performance of Special Protection Unit and Punjab Police for the protection of Chinese citizens.

The Chinese Consul General expressed his sympathy for the loss of life and property in the flood affected areas in Rajanpur, Dera Ghazi Khan. Chinese Deputy Consulate General, DIG Operations Punjab Waqas Nazir and other officers were also present on the occasion.

At the end of the meeting, commemorative souvenirs were also exchanged between IG Punjab and Chinese Consul General.