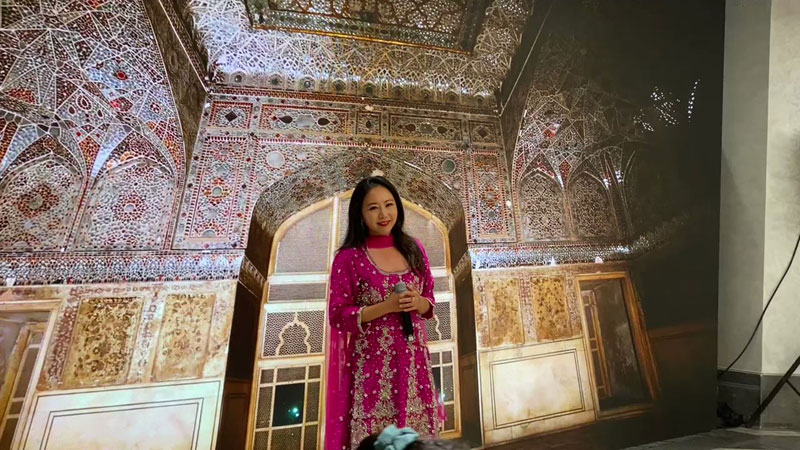 A video of a Chinese teacher performing Hadiqa Kiani’s classic ‘Boohey Barian’ is going viral on social media platforms. A video that has been circulating on various social media sites sees Ms Vicky – a music teacher at Pakistan Embassy College in Beijing – perform one of the most iconic tracks by the prolific singer. The Chinese teacher chose the iconic ‘Boohey Barian’ by Kiani to perform for students and visitors at a cultural event organized at ‘Silk Road International Arts Centre’ to mark the 75th independence day of Pakistan earlier this week. The video which was originally published by Pakistan’s ambassador to China, Moinul Haque on the micro-blogging site, received a hearty response from social users who loved this cultural exchange between friendly neighbours. Here is what the comments read on the viral video. Wow Beautiful Voice, Huffff its like hadiqa herself is singing, She slayed it, She did justice to her song, Woah such perfection, What a beautiful song she chosing her self and also appreciate for her dress look.