* Mustafa Nawaz Khokhar says either PM Shehbaz complicit or spineless to prevent such 'atrocity'
* A man's dignity should not have been violated like this
* Human rights bodies, journalists also raise voice against 'torture' on Gill 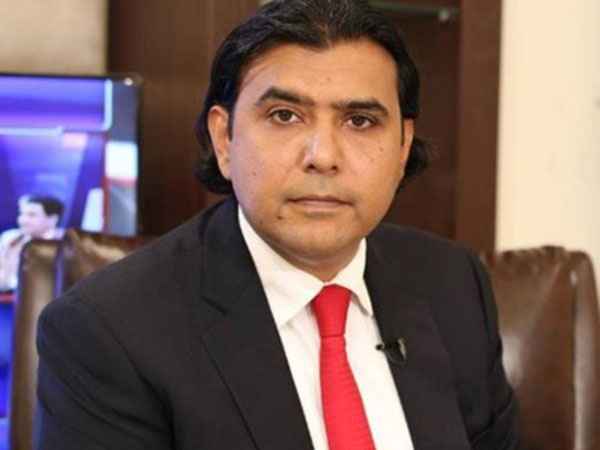 “Have seen very disturbing pictures of physical torture of Shahbaz Gill. No matter how much you disagree with or dislike him, a man’s dignity should not have been violated like this,” the senator wrote on his official Twitter handle.

“Either the govt of [Prime Minister] Mian Shahbaz is complicit or spineless to prevent such atrocity! Shame on us,” he added.

Gill, who was arrested by the Islamabad police in a sedition case last week, had been handed over to the police late on Wednesday after a five-hour high drama at the Adiala jail, following an order of the sessions court of the federal capital.

On Thursday, Acting Chief Justice IHC Amir Farooq heard a petition filed against the two additional days’ physical remand that had been granted by the lower court yesterday. Gill’s lawyers Faisal Chaudhry and Shoaib Shaheen claimed in the court that their client was being tortured during his physical remand.

The IHC summoned IG Islamabad, SSP Investigation and SHO Kohsar as well as the superintendent Adiala and the relevant medical officer along with Gill’s medical records. Notices were also issued to the advocate general and additional attorney general.

Furthermore, PTI leaders Asad Umar and Babar Awan filed a petition with the IHC against Gill’s torture requesting formation of “a medical board consisting of impartial doctors for Gill’s medical examination”.

Citing media reports of the PTI leader’s ‘physical abuse’ in police custody, the PTI leaders requested that the police be “prevented from taking a confession through pressurising” him.

Gill, who is former prime minister Imran Khan’s chief of staff, was arrested near the Bani Gala chowk in Islamabad earlier this month for passing controversial comments that were “highly hateful and seditious” and were tantamount to “incite armed forces towards revolt”.

He was later sent to Adiala Jail on a judicial remand after staying in police custody for two days. Yesterday, a judicial magistrate had granted Islamabad police two-day physical remand of Gill and ordered officials to conduct the PTI leader’s medical examination after he had complained of breathing issues.

However, a standoff ensued between the Punjab and Islamabad police last night when the former made arrangements to transfer Gill to Rawalpindi District Headquarters (DHQ) Hospital. Finally, after hours, the Islamabad police managed to get Gill’s custody and moved him to the Pakistan Institute of Medical Sciences (PIMS). The PTI has claimed that Gill has been tortured during his incarceration. The party has also alleged that the PTI leader is being coerced into making a statement against party chief Imran Khan.

Subsequently, at a hearing, the Islamabad High Court (IHC) allowed embattled Gill’s lawyers to meet him and sought a report from the Islamabad police chief over reports of alleged torture on him while in custody.

Meanwhile, the National Commission for Human Rights Thursday said the allegations of torture against Shahbaz Gill should be investigated transparently. “Use of torture is against the Constitution, international law & UNCAT which Pakistan is signatory to. It is time that Pakistan move forward to criminalize torture through domestic legislation. Senior journalist Mazhar Abbas tweeted, “Human Rights Commission of Pakistan should take up the issue of alleged torture on Shahbaz Gill. Irrespective of charges against him his basic fundamental rights as a citizen must be respected. No one should support torture against anyone political or non-political person.”

Journalist Mehmal Sarfraz tweeted, “Allegations of torture should be taken seriously. It’s not like we don’t know our realities and haven’t heard of incidents of custodial torture. It must be condemned without any ifs and buts. Human dignity and constitutionally guaranteed rights are above everything else.” A day earlier, the HRCP had tweeted, “HRCP is concerned at the decision to send PTI leader @SHABAZGIL to physical remand in what is effectively a political case. Any allegations that he was mistreated while on remand should also be investigated fairly and transparently.” On Wednesday, former PPP senator Farhatuallah Babar tweeted, “When in power @ImranKhanPTI didn’t heed calls to make anti Torture legislation.