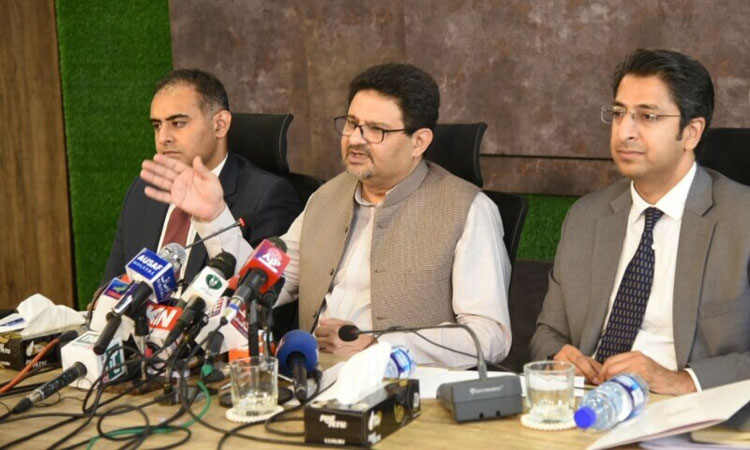 The finance minister, in a press conference alongside members of the economic team, said that the import ban on non-luxury items was being lifted in line with the International Monetary Fund’s (IMF) demands.

Miftah said that after the import ban, it became easier for the government to import necessary commodities, which were essential for the masses.

“Do we buy cars or grain with those dollars? Do we buy mobile phones or pulses? Do we buy oil and ghee or home appliances? Our choice becomes very simple,” he said.

Therefore, the government had imposed a ban on the import of non-essential items, the minister said. “However, because it is a requirement of the international community that a ban is not imposed, we are removing it on all items,” he explained.

But at the same time, the government would be imposing heavy regulatory duties (RDs) on these items, he said, adding that as a result these items would not be imported as “finished goods”.

“We will try to impose thrice the existing RDs the maximum amount of permissible RDs,” the minister said.

In some sectors, he said, the government’s RDs would be between 400-600 percent because the country did not have foreign exchange to spend on items such as Mercedes cars.

“With my limited resources, I will prioritise flour, wheat, cotton and edible oil instead of iPhones and cars. We will remove the bans but impose prohibitive duties in the form of RDs, customs duties and sales tax so their import does not rise,” he said. In response to a question, the minister said the duties would be increased on completely built up (CBU) cars and appliances, imported meat and salmon and other luxury items. The government’s purpose was not to encourage the import of such items but to comply with the IMF conditions and other international agreements while limiting imports, he elaborated.

“The truth is that even though we had the ban for the last three months, you could still find salmon and sushi in restaurants in Karachi and Islamabad. We will regularise that and impose duties,” he said.

He emphasised that there would be no restrictions on industrialists who were importing machinery to manufacture items for export, or on the import of spare parts in small quantities. However, there would be restrictions on industrialists who wanted to import machinery to manufacture items to be sold in the domestic market, he added.

The minister said the government had complied with the IMF’s condition that it would not give non-funded subsidies.

He said the government would pass an ordinance to remove the fixed tax on small traders. However, the variable taxes – 5pc sales tax and 7.5pc income tax – would remain on every trader for the next three months, he said.