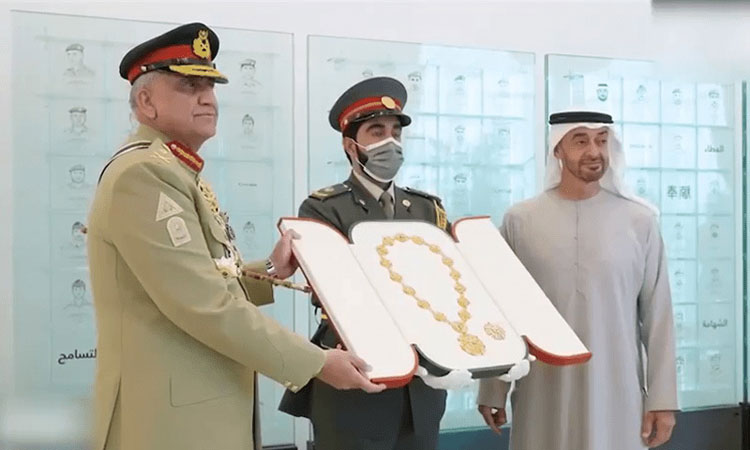 The army chief is on an official visit to the Gulf state.

“The leaders agreed that Pakistan and UAE share a great history of cordial relations and deep rooted spirit of brotherhood which is transforming into an enduring partnership,” said the ISPR. According to UAE-based Khaleej Times, the medal is the second highest honour awarded by the UAE to senior officials of friendly countries.

As for General Bajwa, he has previously been awarded the Medal of Excellence by Saudi Crown Prince Mohammed bin Salman, the Bahrain Order (first class) award by Prime Minister of Bahrain Prince Salman bin Hamad bin Isa Al-Khalifa, Jordan’s Order of Military Merit by King Abdullah II, Medal for the Common Wealth in Rescue and Letter of Commendation of Russian Mountaineering Federation by a Russian envoy during his visit to Pakistan in December 2018, and Turkish Legion of Merit during a visit to Turkey in 2017, the ISPR said.