Is Katrina pregnant? Fans seem to think so 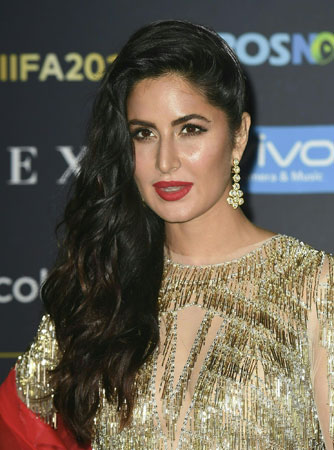 Katrina Kaif is back in the news for alleged being pregnant; the actress was seen at the Mumbai airport after wrapping up the shoot of her film and fans think they spotted a bump.

The Bang Bang actress donned a t-shirt with orange joggers and as soon as pictures of the actress were shared on social media, eagled-eye fans started to speculate about the possibility of her being pregnant.

One fan commented, “She is one of those actress who has fittest and flat tummy. So it’s clearly seen now. Hope they will announce soon,” and another wrote, “She def looks pregnant!”

Others were seen talking about the way she was walking, with one of the fans pointing out: “That baby bump tho.” Recently, Katrina and hubby Vicky Kaushal were seen together with friends in Maldives celebrating Kat’s birthday. The couple was accompanied by a slew of stars such as Mini Mathur, Kabir Khan, Isabelle Kaif, Sunny Kaushal, Sharvari Wagh, Angira Dhar, Anand Tiwari, and others.