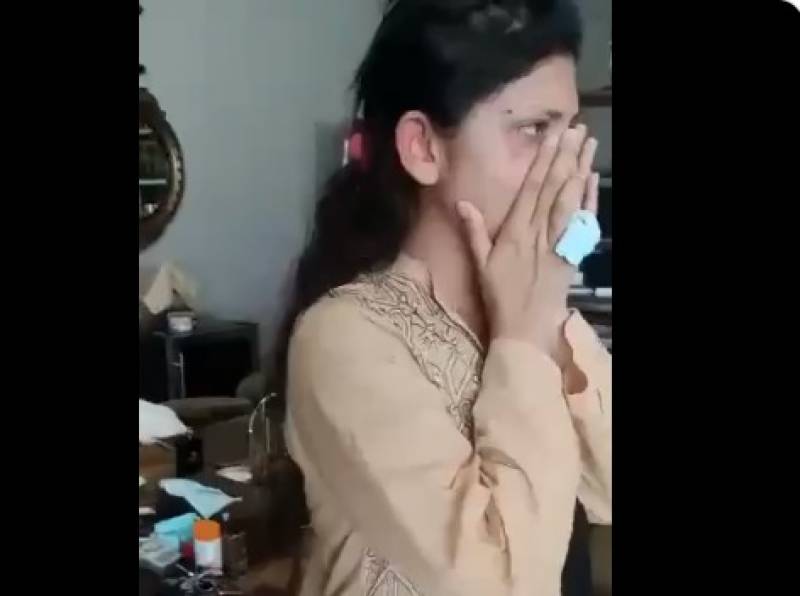 In order to feed his ego, a man and his crew abducted Khadija Mehmood, a medical student, from her home in Faisalabad. They mercilessly tortured her as punishment for rejecting a marriage proposal.

On Tuesday, the accused Sheikh Danish and his associates not only sexually abused the victim girl Khadija but also recorded a video.

According to the details, the girl was taken from her home by force, by the accused Danish along with his daughter Ana Sheikh and guards

The accused persons took the girl to their residence at University Town, Faisalabad and forced her to lick their shoes and made a video of such a humiliating incident

They also tortured her, cut her hair, and shaved her eyebrows in revenge. The video of torture, which took place on August 9 surfaced Wednesday morning and has gone viral on social media.

The victim claimed that when she declined to marry her friend’s father, she was humiliated, tormented, and filmed. She claimed that her friend had also urged her to accept the offer.

CCPO Faisalabad Umar Saeed Malik took the notice of the incident and registered a case in the women’s police station against the culprits. The police have arrested six accused persons Danish, Maham, Khan Muhammad, Shoaib, Faizan and Ashghar involved in the case.