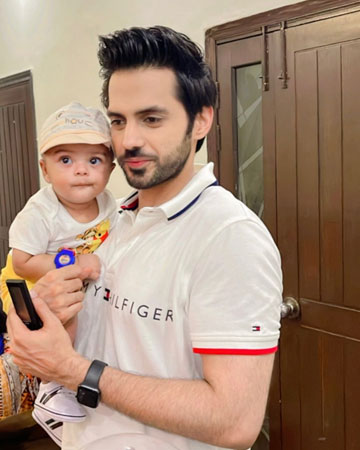 Tell us in detail about your venture into acting. How did it all begin for you? I used to play cricket for PIA academy and my gym trainer Syed Mehdi Hasan forced me to do modelling and acting so I started doing commercials with Citrus Talent. Then later I joined the National Academy of Performing Arts and did three years of acting course from there. While training I was also doing theatre and after my training my journey started.

I just completed ‘Dil-e-Veeran’ which is on air these days on ARY. Now, I am doing a project with Hum TV.

You have been working of late on a film based on late actor Sushant Singh Rajput’s life. What stage of development is it in? Can you share details about it?

Yes, I played Sushant Singh Rajput’s character in his biopic and the shoot was also completed. The producer was from India and it was supposed to release on Amazon but after some promotions, Sushant’s family didn’t allow its release. They asked to wait for some time. 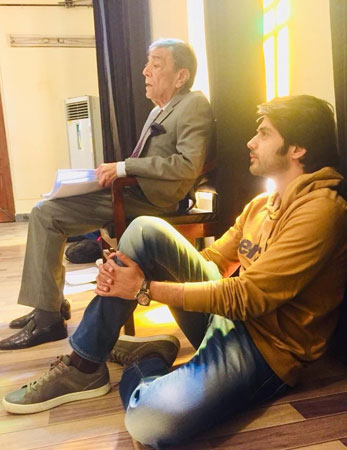 What type of projects have you worked on until now and what kind are you interested in doing?

I always try to pick a script in which there’s a message to convey for the audience. As far as character is concerned I always try to do different characters, like different in class, different mindset, behaviour, body language etc.

Is acting something you would pursue forever or do you have a backup plan as a career option too?

I’m already running a business along with acting. I belong to a business class family so yes, I’m a business minded person too.

Tell us something about your son Hadi Khan.

He just turned six months. Very innocent from face and very naughty in behaviour just like his daddy. He’s addicted to a cartoon by the name of Loco Nuts and whenever we stop it. He starts crying and shouting.

Do you think training is necessary for an actor?

It’s not necessary, obviously talent means a lot but just like other professions like music, singing or in sports, training plays a vital role in improving your skills, your craft and it gives you lots of confidence as well.