IHC grants time to respondents for comments regarding PTI’s resignations 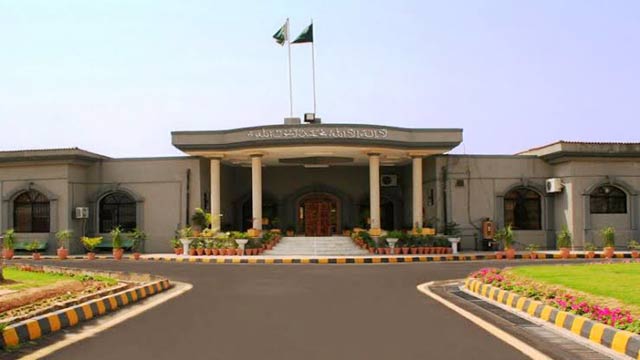 At the outset of hearing, the representative of speaker NA prayed the court to grant some time for submission of answer into the matter.

The court observed that it was serving notice to the speaker office, adding that it had to tell that whether the all resignations of PTI were accepted or not. What was the reason if the resignations were not accepted so far, Justice Farooq questioned. He further asked that the then deputy speaker of NA had issued office order regarding the acceptance of resignations, whether it was accepted or not.

Faisal Chaudhry Advocate adopted the stance that his party wanted elections in all 123 constituencies instead of nine. The court adjourned further hearing of the case till August 22.

It may be mentioned here that the PTI in its plea had adopted the stance that resignations of its MNAs couldn’t be kept pending. It also said that phase-wise resignations were being accepted by the speaker.