The dance of death: Balochistan 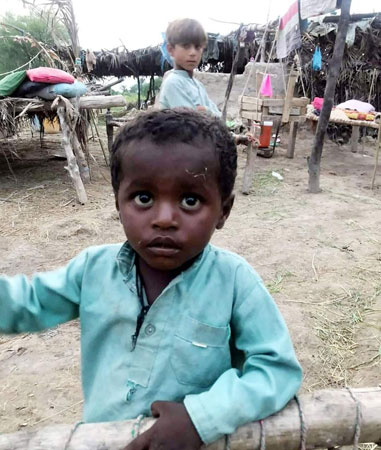 The recent torrential rains have played havoc across Balochistan, killing and injuring several and displacing hundreds of people in the last few months.

At a time when the province is going through challenging times, the recent climate has exposed the people to a more tense situation. Along with bringing their houses down, the present wave of rains have increased the death toll to 200, with recorded collapse of 40,000 houses and destruction of sixteen bridges.

The monsoon rains in the province are likely to increase in the coming days. As per the weather updates, rains are likely to increase after August 15. In the last two days, the rains have hit Lasbela, Pishin, Chaman, Killa Abdullah, Ziarat, Harnai, Dukki, Loralai, Fort Munro, Barkhan, Zhob, Shirani and some parts of Kech causing multifold fatalities to the masses.

According to the Provincial Disaster Management Authority (PDMA), rains killed some six persons in Killa Abdullah. The rains have ruined three dams in the district including destruction of many roads in the very recent week. The local people also complain of losses of cattle.

In Lasbela district, rainwater entered several houses after which rescue teams operated in some regions successfully and shifted the affected people to safe locations. Deputy Commissioner of Lasbela, Murad Kasi said due to unstoppable rains, dams had filled to their capacity due to which water was entering the houses. He also requested people not to move away unnecessarily so as to avoid further casualties.

However, there are plenty other regions in Lasbela district where the government could not reach yet. Thanks to Baloch Yakjehthi Committee Karachi for their timely relief camps set in different parts of Karachi and managing different teams including that of medical and rescue to reach those places and provide them with necessary equipment.

On the other hand, diseases have spread in Awaran and Lasbela districts due to the flash flood for which BYC Karachi successfully sent teams to Lasbela. However, Awaran could not get any sufficient help in this regard. The people out there asked for governmental help, but all in vain.

However, Chief Minister Mir Abdul Quddos Bizenjo lately issued directives to cope with the emergency situation and was in constant communication with the authorities of the affected regions.

He said all available resources must be used to reach every affected corner of the province and provide relief facilities to the masses. He said that he had also asked the relevant authorities to look for the weak dams and repair them the soonest by using all the machineries.

Meanwhile, according to the latest data shared by the Provincial Disaster Management Authority, Balochistan, at least three villages in Kohlu were completely submerged due to incessant rains while rivers and tributaries overflowed in the Musakhel District.

“Many low-lying areas were submerged due to floods and rivers overflow.” In Dukki, madrassah students had to take refuge on the roof of their madrasah to save their lives.

It is worth noting that Balochistan Chief Minister Abdul Qudoos Bizinjo has ordered a probe into the damages to the dams caused by monsoon rain and floods.

On the other hand, Gwadar-Rato Dero Road that connects Sindh and Balochistan has also been closed due to landslides.

According to a report issued by the PDMA, 19,762 houses were obliterated by the floods and incessant monsoon spells.

According to PDMA, 21,500 tents and 31,000 food packets have been distributed among flood victims in a bid to rehabilitate them.

Moreover, tube wells, solar panels and other forms of communications were severely damaged due to the rains.

Around 25 dams have washed away and many link roads have been destroyed in the province due to heavy rain. The train service has also been affected due to floodwater in the area. Scores of cattle head have perished and crops and orchards ruined.

The traffic between Quetta and Karachi was also suspended as the linking highway had been damaged in different areas of Lasbela district.