Nawaz to fly back home next month 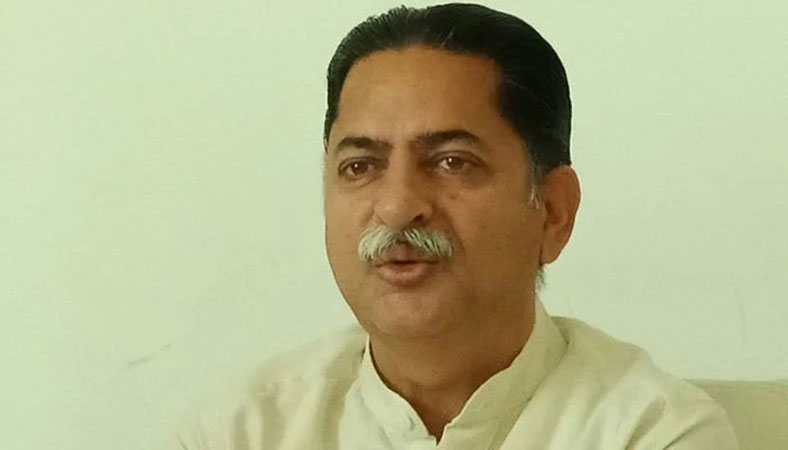 PML-N leader and Federal Minister Mian Javed Latif Monday claimed that the party Quaid Muhammad Nawaz Sharif will get back home in September to represent the people. Addressing a press conference in Islamabad along with PML-N Punjab spokesperson Azma Bukhari, he said doctors kept changing their opinion at times. He said people were his doctors, and they gave the verdict that Nawaz Sharif should come back, adding that a level playing field in Pakistani politics was impossible without Nawaz’s presence. He further said that Nawaz Sharif was not afraid of going to jail. He went to jail on his return from abroad when he was sentenced, he said, adding that the PML-N would not allow the party chief to go back to jail upon his return, as it felt that injustice was committed earlier. He said after the announcement of foreign funding case by the Election Commission, a segment was not ready to accept it, whereas it had been proved that Pakistan Tehreek-e-Insaf (PTI) Chairman Imran Khan had received funding from foreign companies and individuals.

Javed Latif criticized Imran Khan for foreign funding issues, questioning that if the funds were given to the hospital, then why they were deposited in party’s accounts. If the funds were given to the party, then what was the aim of the funding, he added. He said Imran Khan damaged the economy during his tenure in power. Now when the value of dollar had started going down, Imran Khan had started giving threats of staging a sit-in again.

The federal minister questioned what was the road map of the ‘Haqiqi Azadi March’ mentioned by the PTI chief. Will this revolution come in such a way that if you come to power, debts will rise, corruption, unemployment and inflation will also increase?

In 2018, an accountability court sentenced Nawaz to seven years in prison in the Al-Azizia Steel Mills corruption reference, while he was also sentenced to a total of 11 years in prison and slapped an £8 million fine (Rs1.3 billion) in the Avenfield properties reference.

Latif said “characters” like Khan had played their roles over the course of history.

“Quaid-e-Millat Liaquat Ali Khan was shot and to date nobody knows who shot him; Madar-e-Millat Fatima Jinnah was declared a traitor and General Ayub Khan stole her elections; Nawaz Sharif was declared a hijacker and sentenced.”

He also took a jibe at former chief justice Saqib Nisar, saying that Khan alone isn’t the “criminal”, but the judge was also hands-in-gloves with him – as he gave him the certificate of “sadiq and amin”.

However, Latif noted that the PML-N always “respected” the judiciary.

Latif criticised PTI Chairman Imran Khan, and questioned whether those who had “removed” Nawaz and facilitated Imran’s rise to power had still not learned their lesson.

“Some people are still pulling his (Imran) strings today. We know everything.”

Latif alleged that Imran still had the support of “a few people”, adding that he would not have come to Banigala and stayed in Khyber Pakhtunkhwa.

“He came to Banigala after 15 days when he got cover.”

Responding to a question, the federal minister said the PML-N did not want friendship or enmity with those who “made governments and broke governments” and the party had a clear stance that it wanted all institutions, including politicians, to operate within their legal and constitutional limits.

Interior Minister Rana Sanaullah had already said the coalition government might make certain amendments that would help repeal the ban imposed on Nawaz by a Supreme Court judgment in the Panama Papers case against him.