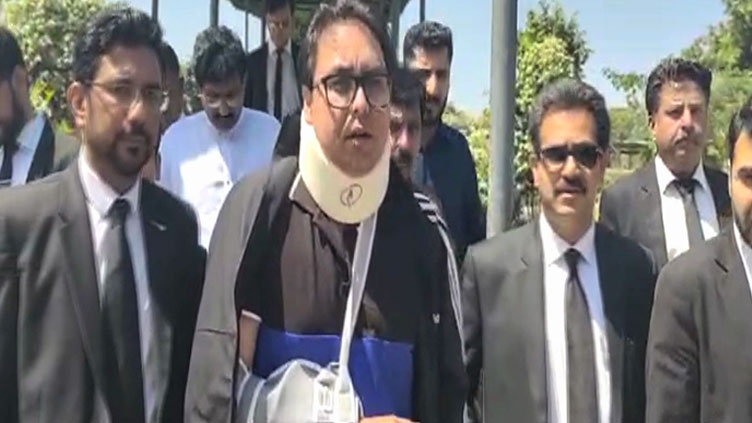 On Monday, in response to a sedition charge brought against top PTI politician Shahbaz Gill, an Islamabad court sought more arguments over his bail application.

Gill’s lawyer Faisal Chaudhry appeared in the court of an additional district and sessions judge, who was hearing the accused leader’s bail plea.

Chaudhry requested the court to issue a verdict on the plea today (Monday), maintaining that his arguments are ready.

The court then mentioned that a comparable matter was also being heard in the Islamabad High Court.

In response to the remark, Faisal argued that because the IHC lawsuit is connected to the judicial magistrate’s order, this court can consider the case regardless of the outcome of the high court case.

“It is a declared law that no one can be kept in jail for a single minute without reason,” he contended, adding that the government wants to delay this matter on purpose.

At this, the court directed the investigation officer to appear in court with records at 11am, ordered the lawyer to submit a power of attorney on Gill’s behalf, and sought arguments from the parties upon resumption of the hearing at 11am.

Meanwhile, the prosecution has requested the court to keep the case adjourned.

Earlier last Tuesday, Gill was arrested from the capital’s Banigala Chowk, after making controversial comments on a private TV channel. Charges of sedition and instigating members of state institutions against the Pakistan Army led to his arrest.

Moreover, a treason case was registered against him at the Kohsar Police Station under several sections of the Pakistan Penal Code, including 124-A (sedition), 131 (abetting mutiny, or attempting to seduce a soldier, sailor or airman from his duty), 153 (wantonly giving provocation with intent to cause riot if rioting be committed; if not committed), 153-A (promoting enmity between different groups, etc), and 505 (statements conducing to public mischief), 506 (punishment for criminal intimidation), among others.