* 'In the wake of Anne's passing, I just want to say a few things,' he said in a selfie video 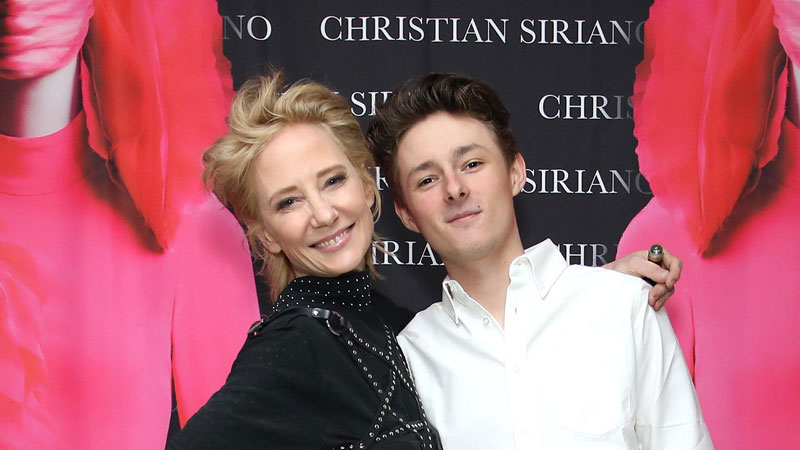 On Aug. 12, after the Six Days Seven Nights star was declared legally dead at age 53 after spending days in a coma following a car crash last week, Laffoon posted an emotional tribute to his former wife on Instagram.

“In the wake of Anne’s passing, I just want to say a few things. One, I loved her and I miss her, and I’m always going to,” he said in a selfie video. “Two, Homer is OK. He’s grieving, of course and it’s rough, it’s really rough, as probably anybody can imagine. But he’s surrounded by his family and he’s strong and he’s going to be OK.”

In addition to Homer, Anne is also a mom to 13-year-old son Atlas, whose father is her ex-partner and Men in Trees co-star James Tupper. Both Homer and James also paid tribute to the actress following her death.

Coley, who was married to Anne between 2001 and 2009, thanked friends and fans for sending their condolences. Among those who shared well-wishes on his Instagram page were Lucy Lawless, writing on behalf of herself and husband and Xena co-creator Rob Tapert. The couple had met and bonded with Anne and Coley at a 2006 Las Vegas event.

“For all those people checking in, thank you,” Coley said in his video. “Your check-in, showing us your heart, offering prayers and everything, so beautiful. Thank you. It’s hard for me. It’s hard for my family. It’s really hard for Homer. But we’ve got each other and we have a lot of support and we’re going to be OK. And I think Anne is probably, I’d like to think she’s free-free from pain and enjoying or experiencing whatever is next in her journey.”

Anne, he said, “came in hot and she had a lot to say” during her life. “She was brave and fearless and loved really hard and was never afraid to let us know what she thinks and what she believed in and it was always love. It was all about love,” he continued. “So, goodbye Anne. Love you. Thank you. Thank you for all the good times. There were so many. And see you on the other side. In the meantime, I’ve got our son. He’ll be fine. Love you.”

Coley also shared a photo of Anne and Homer when he was a baby. “I’s important to remember the real love in the best times,” he wrote. “Thank you Anne. Peace on your journey.”

In a recent statement to E! News, Homer said, “My brother Atlas and I lost our Mom. After six days of almost unbelievable emotional swings, I am left with a deep, wordless sadness. Hopefully my mom is free from pain and beginning to explore what I like to imagine as her eternal freedom.”

He added, “Over those six days, thousands of friends, family, and fans made their hearts known to me. I am grateful for their love, as I am for the support of my Dad, Coley, and my stepmom Alexi who continue to be my rock during this time. Rest In Peace Mom, I love you, Homer.”