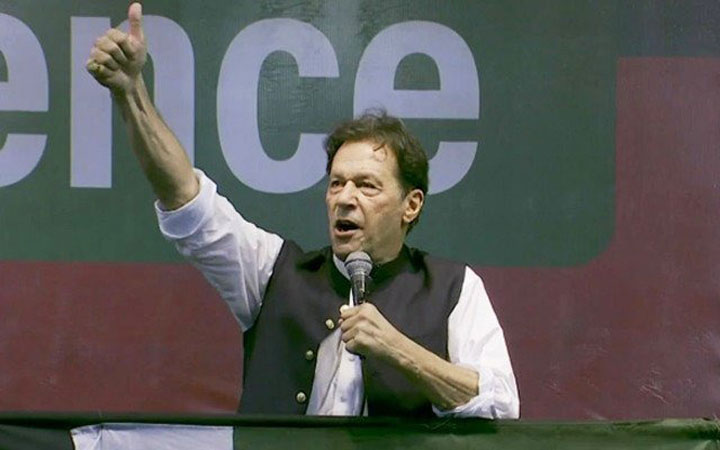 PTI chairperson Imran Khan Saturday announced that he will hold country-wide anti-government rallies as he claimed that the ‘fight for real freedom has entered the final stage’.

Addressing the participants of ‘Haqiqi Azadi’ rally at Lahore’s Hockey Stadium, he announced visiting cities across the country to spread the message of Haqiqi Azadi (true independence) as he foresees they are very close to the goal. The PTI chairman said that he has decided to “go to the people”, starting from Rawalpindi, followed by Karachi, Sukkur, Hyderabad, Islamabad, Peshawar, Mardan, Attock, Abbottabad, Multan, Bahawalpur, Sargodha, Jhelum, Gujrat, Faisalabad, Gujranwala, and Quetta.

“I am coming out and to the people as the fight for real independence has entered its decisive phase […] my nation, be ready,” the PTI chairman told the people. 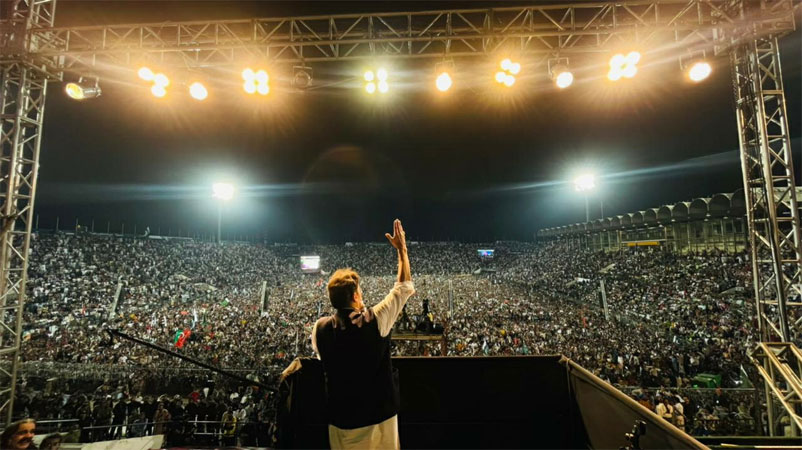 He also announced forming a force which would have women as well for circulating the message of Haqiqi Azadi. I can foresee that attainment of true independence is not that far, he added.

“I am telling my nation, be ready, you have to go door-to-door and inform the people of my message about independence. Tell them that they should not be afraid of anything.” 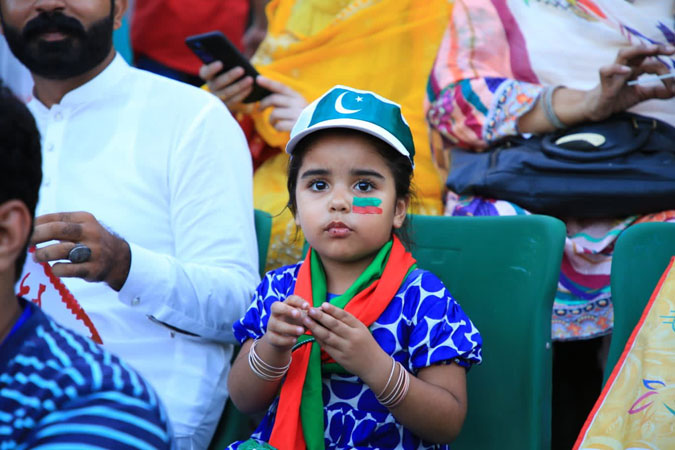 Khan claimed that the government would try to frighten the PTI supporters, but he told them that if their “captain” is not afraid of anything, then neither should they be.

Imran said the purpose to disqualify him was to strike a deal with him to nullify Nawaz’s lifetime disqualification so that both can compete in political arena. “Under the conspiracy Nawaz will be brought back to the country by the end of September… and a character assassination campaign will be launched to malign me.” “Don’t compare me with a dacoit… listen to me conspirators, no matter what you do I will not strike any deal,” he remarked.

The former prime minister said pitting the PTI against the army was part of a “foreign conspiracy” to cause harm to the country. “Imran Khan will never want the army of this country to be weak… those who run movement for real freedom always want strong army and my criticism is always positive.”

Reiterating that he only wants to look after the country’s interests, Khan said that he is not “anti-America” and wishes to have a friendly relationship with the United States. “I know America and the United Kingdom better than most of the Pakistanis […] I know their psychology; if you beg them, they will use you,” the ex-premier said. 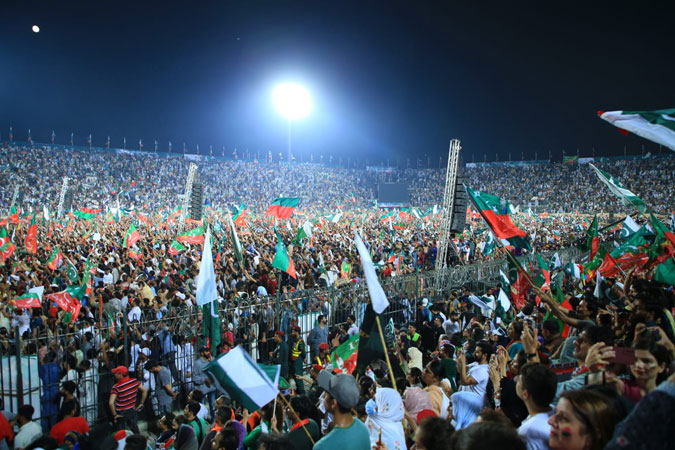 The PTI chairman added that he has never bowed before anyone and neither will he bow down in the future.

Khan – who was ousted from the prime minister’s office in April – has blamed the United States and the coalition government for his removal, however, the US and ruling parties have refused that there was any conspiracy involved in his removal.

Khan castigated the incumbent government, saying that Defence Minister Khawaja Asif – when he was in the opposition – claimed that the United States has “Pakistan on a ventilator”. “I want to ask them, why is the situation like this that we are on a ventilator? For the last 30 years, two families – belonging to the PPP and PML-N – ruled Pakistan and they indebted the nation.” 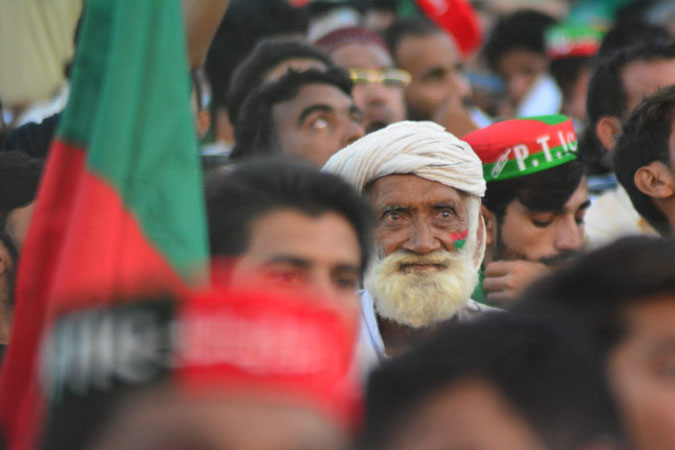 The former prime minister predicted that come next Aug 14, “we will have taken our haqeeqi azadi (actual freedom).”

Earlier, Imran welcomed the crowd and praised its passion and fervour. He said he would give his roadmap of “real freedom” and the steps that needed to be taken for its achievement. “I’m not ready to compromise on my people’s interests,” the former prime minister said, adding that he would never allow the nation to become a slave to anyone. 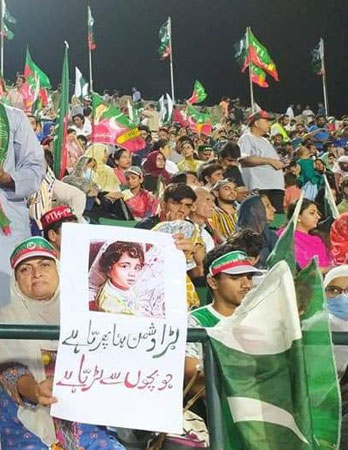 He said he would unite the nation and together it would pay off the country’s loans and stand on its feet after bearing difficult times. “I know my nation is ready for sacrifices. The struggle for real freedom will continue until we don’t send the imported government packing and have fair and free elections.”