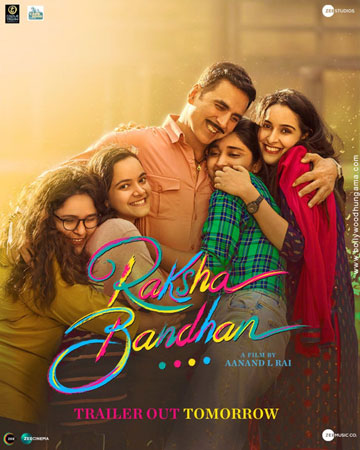 Akshay Kumar’s Raksha Bandhan fell by 30% on its second day of release, after a poor showing on opening day. The film, directed by Aanand L Rai and released in conjunction with the Raksha Bandhan holiday on Thursday, is said to have made Rs 6 crore on day two, according to a Box Office India report. Raksha Bandhan had debuted with a disappointing Rs 8.2 crore on its first day of release. This takes the film’s two-day total to around Rs 14 crore. According to a Bollywood Hungama report, theatre owners cancelled 1000 shows of the film on day two, after an average occupancy that struggled to hit double digits. Similarly, Laal Singh Chaddha also witnessed a cancellation of shows.

The BOI report said that the film performed well in the mass belts, but was a non-starter in South India, where Akshay doesn’t have much of a presence. This is now the third box office dud in a row this year for the once-unbeatable star, after Bachchhan Paandey and Samrat Prithviraj. Before that, the actor had appeared in the mid-pandemic hit Sooryavanshi and the underperformer BellBottom. He’d also appeared in an extended cameo in Aanand L Rai’s last film, Atrangi Re, which debuted directly on the Disney+ Hotstar streaming platform.

The reviews have been negative as well, with criticism being directed at Rai’s gender-politics and Himanshu Sharma and Kanika Dhillon’s script. The Indian Express’ Shubhra Gupta wrote in her 1.5 star review, “Do the filmmakers truly believe that such low-rent family dramas, with their uneasy mix of humour and crassness, is the way out for a beleaguered Bollywood?”

The situation is dire for Bollywood, with both Raksha Bandhan and Laal Singh Chaddha underperforming at the box office in what has been a particularly troubling year. For Akshay, it’s worse, since he’s now had three back-t0-back duds potentially. Earlier this year, he spoke to the Indian Express about experiencing career setbacks, and said, “Dealing with failure is the same. I’ve not just had 13-14 flops, there was again a time in middle where my 8-9 films flopped. I always say you can feel bad for a flop from Friday to Sunday, on Monday you have to pick yourself up and go do another film, and be very happy on the set. You can’t carry around your sad face everywhere. You have to go and enjoy yourself, your work. Good films are only made because you enjoy the film.”