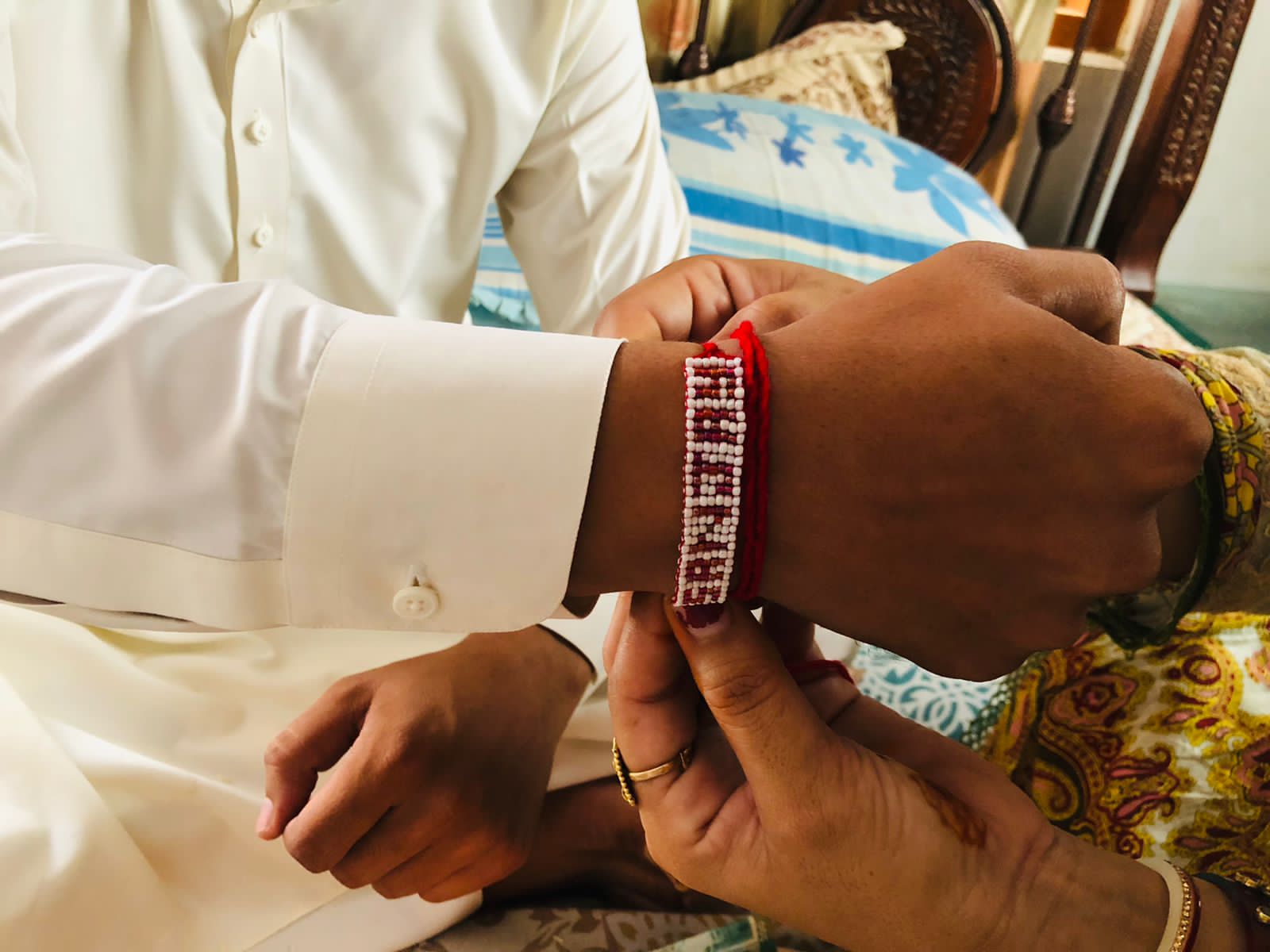 Hyderabad: Hindus in Sindh celebrate the festival of Raksha Bandhan, commonly known as rakhi, on Friday.

Sisters tie rakhi on the wrists of their brothers and pray for their safety while the brothers promise to protect their sisters forever and also give them presents.

“When a sister ties a thread around a brother’s wrist, he will not forget the meaning of the bond established the next day. He will look out for that sister for the rest of his life,” said Dr Pooja Tirath.

“On the day of “Rakhi”, Sister ties a sacred and protective thread around the wrist of brother and prays for the well-being and longevity of brother while brother promises to protect his sister from any kind of difficulties in life,” Dolat Chandani expressed while taking with Daily Times.

According to Hindu history, the festival dates back to the Vedic period when deities and demons were fighting on a poornima, or a full moon night of the Hindu month of Shravan.

The king of the deities, Lord Indra, was worried as the demons were in a stronger position so his wife, Indrani (also known as Shashikala) prepared a magical thread and tied it to Indra’s right wrist.

The thread protected him and the deities and they won the battle. The magic was called Raksha Sutra and later renamed Raksha Bandhan.

Raj Kumar Asnani said that “If you want to build a great company or a great career, you need strong relationships that are nurturing and can keep you grounded. You need pillars that can hold you up when you are crumbling (which, believe me, will happen often) For me, it’s my sisters. They got my back and I got theirs.”