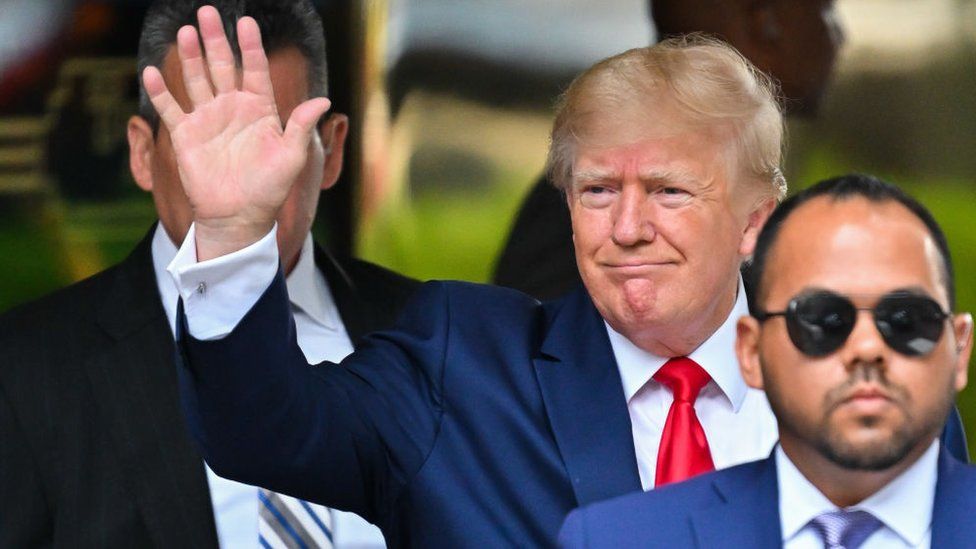 Garland told reporters at a brief news conference on Thursday that the Department of Justice has asked a federal judge to unseal the court-approved warrant that enabled the search and the property receipt related to it.

“In light of the former president’s public confirmation of the search, the surrounding circumstances, and the substantial public interest in this matter,” Garland said, “the Department filed the motion to make public the warrant and receipt.”

The government has until 3 p.m. local time (19:00 GMT) on Friday to notify the court whether Trump’s lawyers will object to the warrant being unsealed. The attorney general, whom President Joe Biden appointed, did not elaborate on the nature of the investigation that led to the search of Mar-a-Lago on Monday night.

The FBI raid on Trump’s home tells us one thing.

Failure is not an option.

We must destroy the FBI.

We must save America.

I stand with Donald J. Trump.

Several US media outlets had previously cited unidentified sources as saying that the investigation was looking into possible mishandling of classified material, and the Washington Post reported on Thursday that the agents were looking for nuclear-related documents.

According to the Post, it was unclear whether such documents had been discovered.

According to Reuters, ten boxes of material were retrieved from Mar-a-Lago, citing an unnamed source.

“I personally approved the decision to seek a search warrant in this matter,” Garland said, adding that the Justice Department did not take searching citizens’ homes lightly and would use “less intrusive” methods whenever possible.

The search of Trump’s home enraged his supporters, with some Republican legislators promising to investigate the Department of Justice, including Garland, if they win control in the upcoming midterm elections.

Others threatened to defund the FBI, accusing the law enforcement agencies involved in the investigation of bias against Trump. Garland responded on Thursday to what he called “unfounded attacks” on Department of Justice and FBI agents and prosecutors.

“I will not remain silent if their integrity is unfairly attacked.” The FBI and Justice Department personnel are dedicated, patriotic public servants… “It is an honor to work with them,” he said.
Garland’s statement came amid reports of increased violence threats and even talk of a “civil war” among Trump supporters online following the search.

Following the search, Republicans rallied around Trump and defended him. “Using the FBI as a tool for political gain was not the way to deal a death blow to Trump,” Congresswoman Lauren Boebert wrote on Twitter on Wednesday.

“The FBI raid on Mar-a-Lago has had the opposite effect. The GOP hasn’t been this united in a long time!” Trump said on Twitter late Monday that a “large number” of FBI agents had entered Mar-a-Lago in an “unannounced raid,” putting the estate “under siege” and “breaking into” his safe.

The former president called the search “political persecution” and said it was part of a Democrat-led effort to prevent him from running for president again in 2024. The White House has repeatedly stated that it had no prior knowledge of the search and does not interfere with investigations conducted by the Department of Justice.

The unprecedented search is a significant step forward in one of the numerous investigations into Trump’s time as president and businessman. The investigation into record removal began earlier this year.