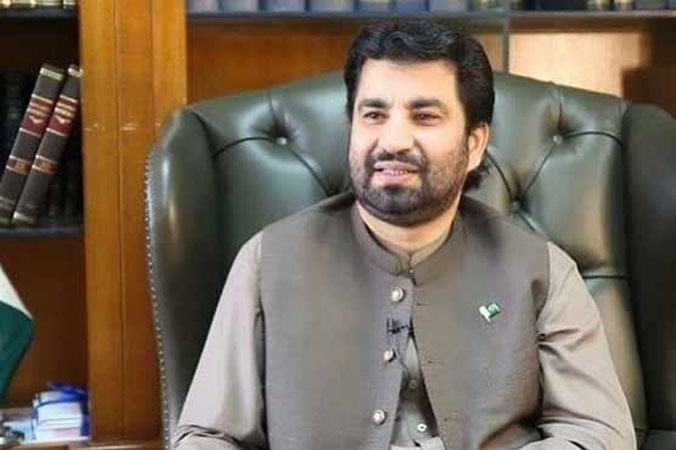 Former deputy speaker National Assembly Qasim Khan Suri, former governor Balochistan Syed Zahoor Agha and other PTI leaders Thursday failed to appear before a team of the Federal Investigation Agency (FIA) in the prohibited funding case. Assistant director FIA Commercial Banking Circle (CBC) had summoned the PTI leaders in Quetta. “I came to know about the summons late night when I was in Islamabad,” Suri told reporters. The former NA deputy speaker said he was not afraid of any summons and was ready to face any inquiry. Defending his position, Suri explained that the PTI’s Balochistan account had received Rs5.3 million from 2011 to 2013 for holding a public meeting in Quetta and payment of salaries to the office employees. The PTI Balochistan chapter received this amount from the party’s Islamabad chapter, he clarified. On August 5, the FIA announced an investigation into the prohibited funding case and said five different inquiry teams had been formed in Lahore, Karachi, Peshawar, Islamabad and Quetta.

On August 10, the PTI challenged the ECP’s verdict in the IHC. The FIA has also sent a notice to the former speaker of the National Assembly and PTI leader Asad Qaiser, stating that as per the verdict in Akbar S Babar’s case, Qaiser had two bank accounts and he was associated with their functioning. Therefore, he had been asked to appear before the inquiry team to answer questions about the details of bank accounts.

The FIA notices came after the ECP announced its much-awaited verdict in the funding case of the former ruling party.

A three-member ECP bench headed by Chief Election Commissioner (CEC) Sikandar Sultan Raja had announced the verdict in a case filed by PTI founding member Akbar S Babar which had been pending since November 14, 2014.

Earlier in the day, the IHC disposed of a petition filed by the PTI against the FIA’s notices in the ongoing investigation. As the PTI could not get relief, the FIA is expected to continue its action against the party’s finance wing.

Meanwhile, Asad Qaiser has also challenged the notice in the PTI funding case in the Peshawar High Court (PHC). Qaiser filed the petition through his lawyer Barrister Gohar Ali to avoid appearing before the federal agency and possible arrest in the high-profile case.