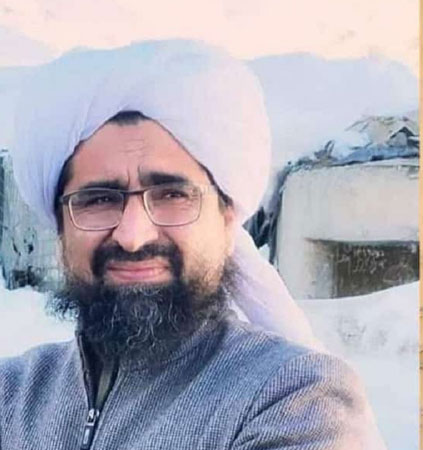 A senior Taliban cleric known for his fiery speeches against the jihadist Islamic State (IS) group was killed Thursday by a suicide bomber at his madrassa in the Afghan capital, police said.

Rahimullah Haqqani, who had recently spoken publicly in favour of girls being allowed to attend school, had survived at least two previous assassination attempts — including one in Pakistan in October 2020. “He is the only one martyred,” Kabul police spokesman Khalid Zadran told AFP, adding that at least four others were wounded in the blast. Government spokesman Bilal Karimi confirmed his death “in an attack carried out by a cowardly enemy”, but did not offer further details.

Taliban sources said although he held no official position, Haqqani was an influential figure who had taught many of the group’s members over the years.

Scores of Taliban officials took to social media to express their condolences.

“You have fulfilled your responsibility. Destiny cannot be prevented, but the Muslim community has been orphaned,” tweeted Mobin Khan, a former spokesman for the Kabul police. Haqqani was known for angry speeches against IS, who have claimed several attacks in Afghanistan since the Taliban’s return to power in August last year. In recent months he also backed the right of girls to attend school. “There is no justification in Sharia to say female education is not allowed. No justification at all,” he told the BBC in an interview in May.

Since seizing power a year ago, the Taliban have imposed harsh restrictions on girls and women to comply with their austere vision of Islam.

They have not allowed secondary schools for girls to reopen in most of the country.