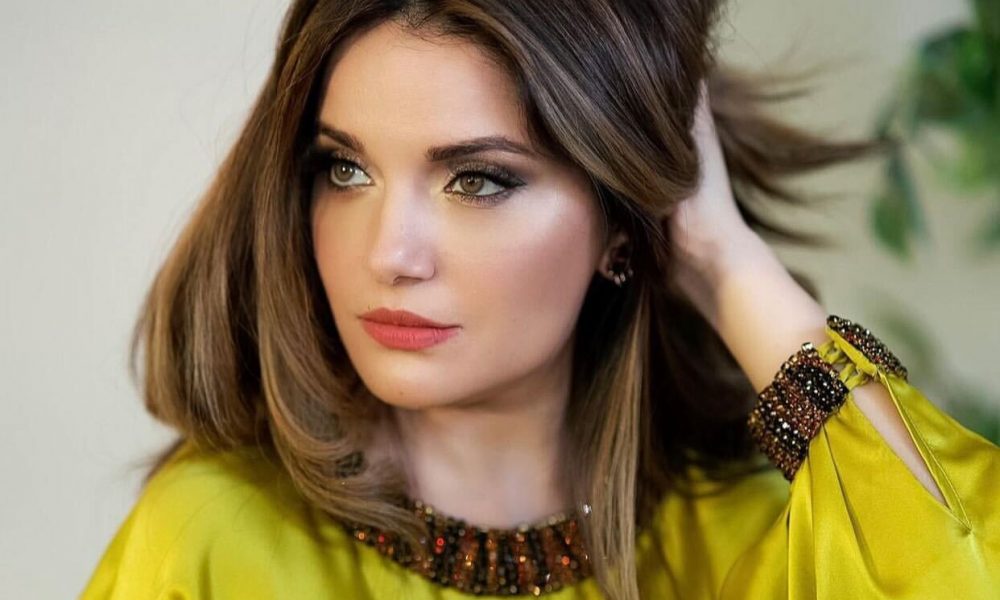 “I’m a liberal, woke feminist”, said Armeena Khan. Armeena Khan made it clear on Instagram that she would not put up with sexism and hateful remarks made regarding her and other women on social media.

On Tuesday, the actor shared screenshots of online comments she had read where a user criticised someone for their clothing choices. As the conflict began, someone began to criticize her faith and assert that since she practices Islam, she “should cover” herself. 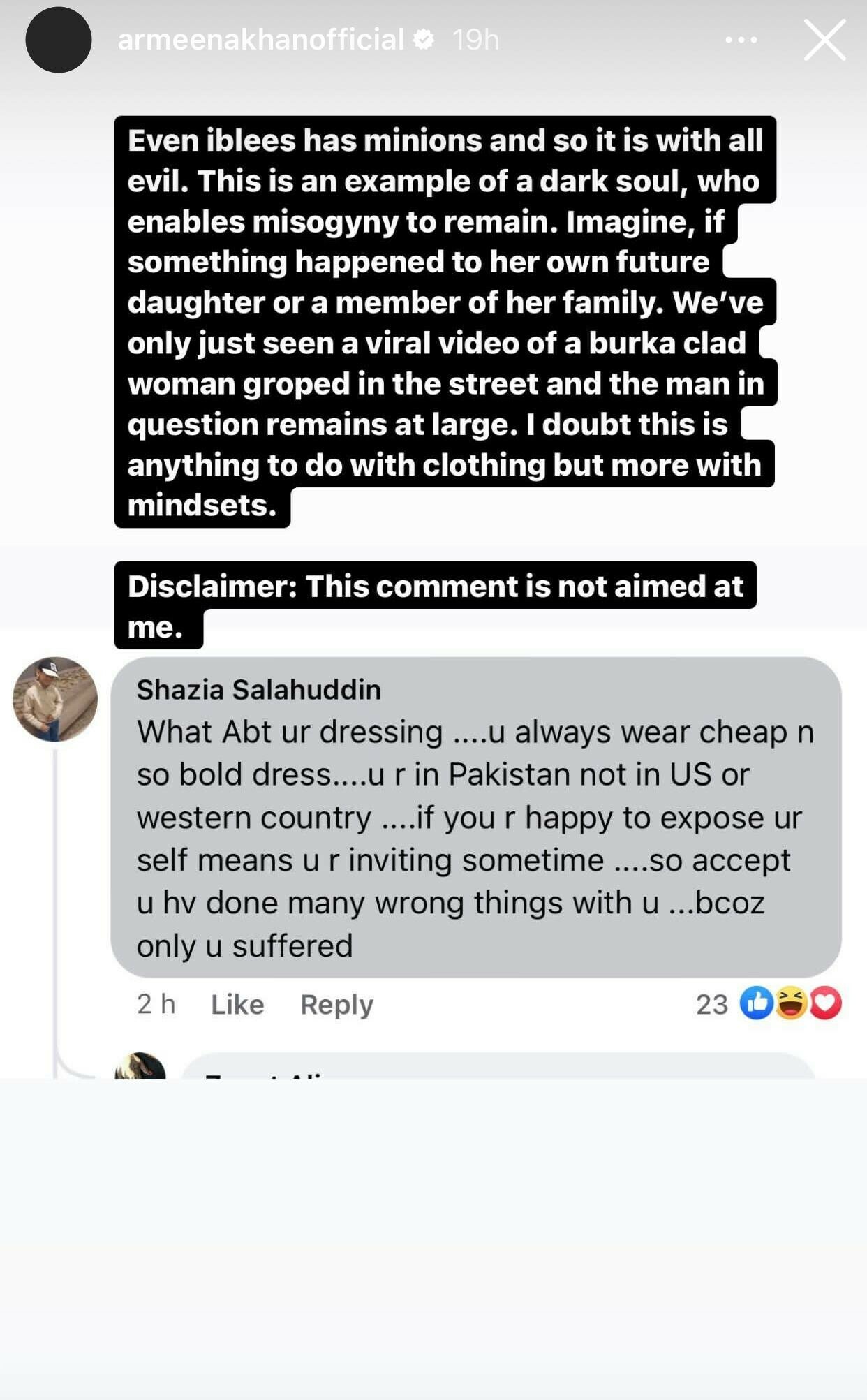 In response to a user who called the women’s fashion choices “cheap” and said that by “exposing” themselves, they were inviting criticism, Khan said, “Even iblees [the devil] have minions, and so it is with all evil.

This is an example of a dark soul who enables misogyny to remain. Imagine if something happened to her own future daughter or a member of her family. We’ve only just seen a viral video of a burka-clad woman groping in the street, and the man in question remains at large. I doubt this is anything to do with clothing but more with mindsets. “

She prefaced her remarks by saying that they were directed at someone else. However, her commentary drew numerous negative DMs, one of which stated that “Islamic education is mandatory for everyone.”

“As a Muslim, why are you on Instagram?” I don’t understand. For example, if you don’t drink, why are you in a pub? If you’re so Islamic, get off this non-Muslim owned enterprise if it so offends you and go be a “proper” Muslim,” she replied. 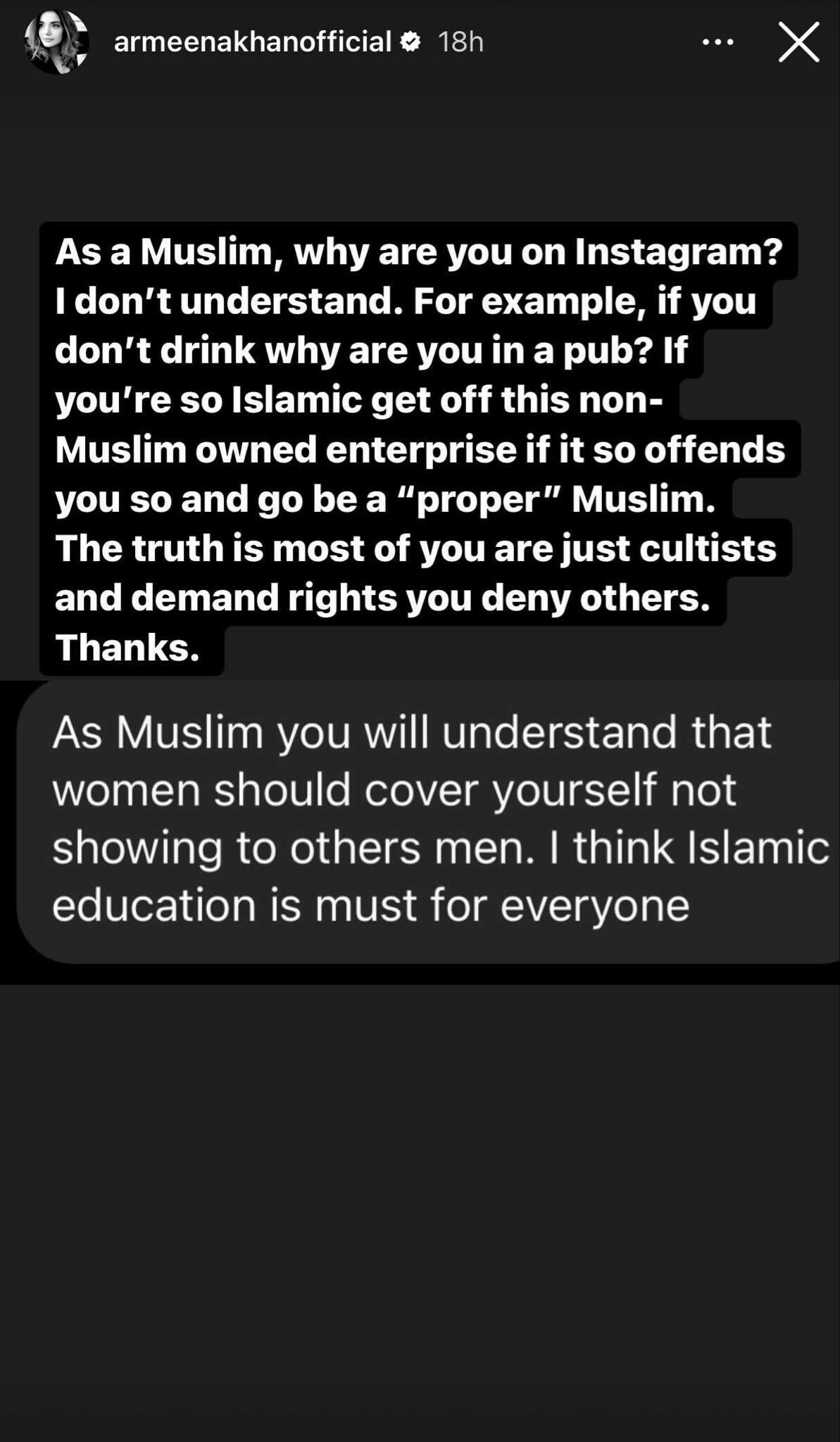 Another comment blamed Pakistani actors for acting to defend Indian actors, and Khan answered back that the respondent had actually been talking about aging.

“I completely agree with her because actors over a certain age aren’t given roles here.” However, it’s not your fault; perhaps you lack the background knowledge or critical thinking skills necessary to grasp the complexity of the subject at hand.

She concluded that her audience understood what she was trying to say. She defended her counter argument by making a statement that stated she had the same right to express her opinions as users did to refuse to read them. Please be aware that I am a constructive, tolerant, contributing member of my society in addition to being a liberal, feminist, or woke person (or whatever labels you choose to give upon me). My opinions are consistent with universal values and principles,” she wrote.

Armeena Khan also stated that she is very outspoken about social issues and is concerned that most people will find “this space extremely hostile” if they find it inappropriate. The Bin Roye actor advised people to look somewhere else if they want people who share their particular point of view.

Earlier, Armeena Khan had placed facts about the Aurat March for a follower who appeared confused about the gesture itself.