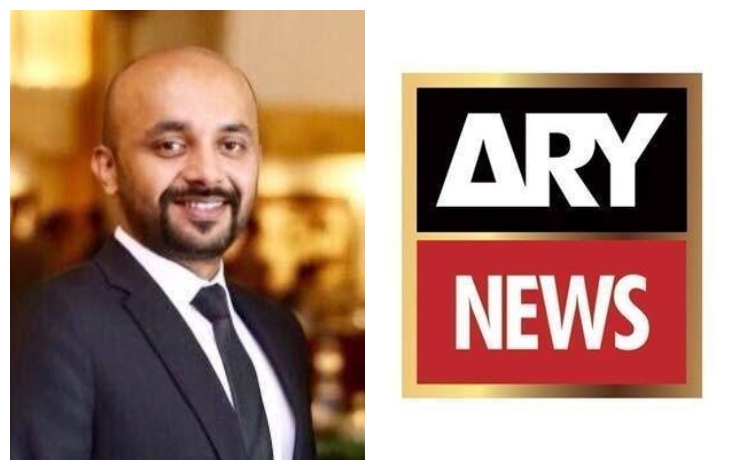 Court clears sedition charges against ARY News head Ammad Yousaf. On Thursday, the Karachi court cleared sedition and other charges brought against ARY news Ammad Yousaf, a day after his early-morning arrest from his home.

Ammad Yousaf was arrested without a warrant from his residence located in Karachi’s DHA on Wednesday.

Police officers along with plain-clothed persons forcibly entered the house of Ammad Yousaf. The raiding team diverted the CCTV cameras of Yousaf’s house and jumped into the house from the top of the main entrance. Also, they took away the licensed weapons and the DVR of the CCTV cameras installed in the house.

Taking to Twitter, Fawad Chaudhry said that the broadcast of the most viewed news channel, ARY NEWS, has been suspended and only a particular channel was allowed to run its transmission.

A day earlier, Yousuf’s lawyer Naeem Qureshi requested the court to withdraw a First Information Report (FIR) against the head of ARY News. “We will apply for bail if the court does not withdraw the FIR,” he said.

According to a lawyer, the FIR against ARY News head in Karachi is illegal. “The FIR registered in Memon Goth police station is against the court decisions,” he added.

According to a copy of the FIR posted on the ARY News website, producer Adeel Raja, Yousaf, and anchorpersons Arshad Sharif and Khawar Ghuman had also been nominated in the case registered on August 8. The FIR was registered on behalf of the state by Memon Goth Station House Officer (SHO) Inspector Ateequr Rehman. It was filed under Sections 121 (waging war against Pakistan), 506 (criminal intimidation), 505 (statements conducive to public mischief), 153 (wantonly provoking with the intent to cause riot), 153-A (promoting enmity between different groups), 131 (abetting mutiny or attempting to seduce a soldier, sailor or airman from his duty), 124-A (sedition), 120 (concealing the design to commit an offence punishable with imprisonment), 34 (common intention) and 109 (abetment) of the Pakistan Penal Code.