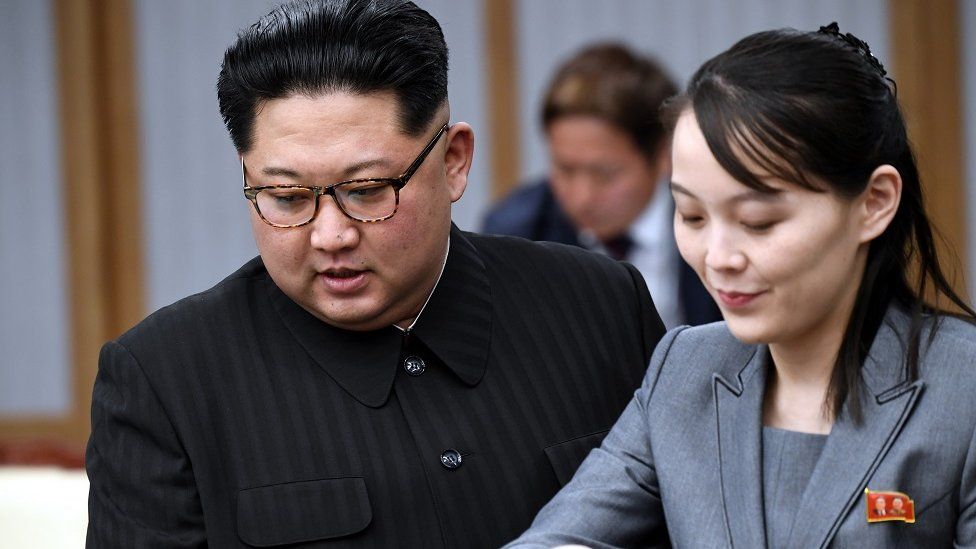 Tensions have risen between the two Koreas over the source of a COVID-19 outbreak in the North, with North Korean leader Kim Jong-un’s sister accusing the South of causing the outbreak and threatening “deadly retaliation.”

Kim Yo-jong blamed South Korea in a speech for spreading COVID into the North by sending anti-Pyongyang leaflets across the border, calling those actions a “crime against humanity,” according to the Korean Central News Agency (KCNA).

She went on to say that Pyongyang was considering “a strong retaliatory response” because of the “danger of spreading an infectious disease through contact with contaminated objects.”

“We can no longer ignore the continuous influx of garbage from South Korea,” she said, threatening to “wipe out” Seoul’s authorities if such behavior continued.

“We express our deep regret that North Korea has repeatedly made baseless claims about the COVID route and made very disrespectful and threatening remarks,” South Korea’s Unification Ministry said in a statement.

North Korea has repeatedly expressed its outrage at the ongoing distribution of anti-Pyongyang leaflets in the South by defectors and other activists. The leaflets, which are usually attached to hot air balloons or floated in bottles, regularly criticize North Korea’s leader over his country’s nuclear programme.

Kim’s remarks came as her brother declared victory in the fight against the “malignant” coronavirus disease, ordering the lifting of pandemic restrictions imposed in May. Kim Jong-un made the announcement during a meeting with health workers and scientists on Wednesday to review the country’s anti-epidemic responses, emphasizing the importance of maintaining a “steel-strong anti-epidemic barrier and intensifying anti-epidemic work until the end of the global health crisis.”

The North Korean leader went on to praise the country’s success in containing the spread of the disease in such a short period of time, calling it an “amazing miracle” that would go down in public health history.

North Korea declared its first COVID outbreak in May, and since then, it has reported fever infections and deaths.

Pyongyang has never confirmed how many people were infected with COVID-19, owing to a lack of testing supplies. Instead, it reported daily numbers of fever patients totaling 4.77 million, but no new cases have been reported since July 29. The official death toll is 74.

According to Kim’s sister, the young leader had also experienced fever symptoms, indicating that he was infected with the virus for the first time.

“Even though he was critically ill with a high fever, he couldn’t lie down for a moment thinking about the people he had to care for until the end in the face of the anti-epidemic war,” she explained.