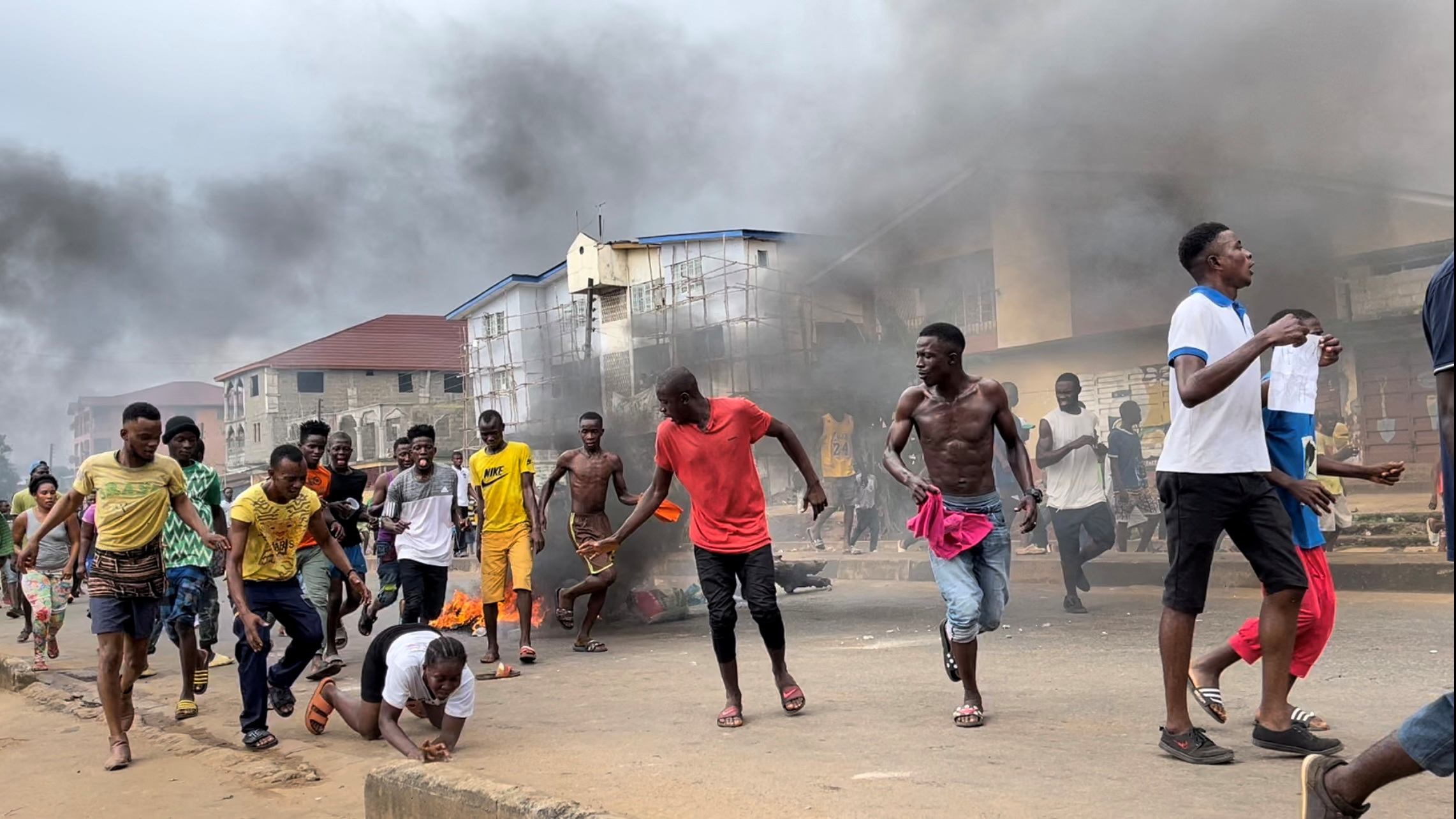 Tensions over the rising cost of living in the West African nation have led to deadly clashes between anti-government protesters and police in the streets of Freetown, the country’s capital.

On Wednesday night, Vice President Mohamed Juldeh Jalloh announced on national television that “lives of both policemen and civilians were lost.” He did not provide any additional information. At 3 pm local time, he declared a curfew for the entire country (15:00 GMT).

President Julius Maada Bio, who was elected in 2018, still has 10 months left in his term, but the protesters want him out. As they marched through Freetown, the capital, the protesters chanted, “Bio must go.”

Large groups of protesters and piles of burning tyres could be seen in videos posted to social media in eastern Freetown. Images of young men attacking a helpless man on the ground and throwing rocks on a street filled with white smoke were also captured.

Vice President Jalloh said, “These ruthless individuals have embarked on a violent and unauthorized protest which has led to the loss of life of innocent Sierra Leoneans including security personnel.”

He did not reveal the death toll.

Two police officers were reportedly killed in the capital by a mob of protesters.

Police spokesman Brima Kamara told the AFP news agency, “Two police officers, a male, and female, were mobbed to death by protesters at the east end of Freetown this morning.”

Earlier, internet monitoring service NetBlocks warned that Sierra Leone was on the verge of a complete truncation of its national internet connection.

ECOWAS, a regional political and economic bloc, issued a statement condemning the violence and urging “all to obey law and order and for the perpetrators of the violence to be identified and brought before the law” in a Twitter post.

The government has criticized the protest’s unnamed organizers, saying that the country has suffered enough as a result of the civil war that lasted for over a decade before ending in 2002.

According to an internal letter that has since gone viral online, the national security coordinator on Tuesday asked the military to be ready to back up the police from August 9 to 12, warning of a “potentially volatile security situation.”

More than half of the country’s estimated eight million people live below the poverty line, and rising prices for basic goods have only served to heighten long-standing frustration with the government.