What lesson does Hala need to learn from Rumi? 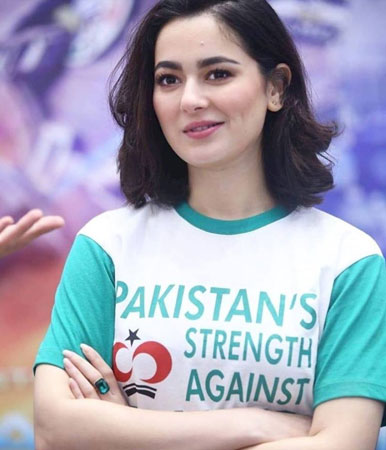 Hania Aamir’s Hala from ‘Mere Humsafar’ needs some solid advice from her character of Roomi from ‘Ishqiya’. While, the absolute star Hania Aamir has wowed audiences with her performances, both as timid, fearful Hala in ‘Mere Humsafar’ as well as fearless, independent and outspoken Roomi in ‘Ishqiya’, there is some serious need for advice from the latter to former.

Netizens believe that Hala, after all the sufferings and hardships at the hands of her mother-in-law Shahjahan, needs to ‘stand up for herself’ to defend her side to Hamza, against the false accusations from her mother-in-law which she had planted after the death of her grandmother

It is pertinent to mention that Aamir’s character as Roomi in ‘Ishqiya’ was a lively, cheerful yet strong-headed girl, who took a stand for herself against her husband Hamza and moved away from their relationship which was based upon revenge.

Now that the picture of both characters of Hania Aamir is going viral on social media, the users of the platform have quite a few lessons which they believe Hala can learn from Roomi to have a better life.

Here is what they wrote:

First of all stop crying and take a stand for yourself. Don’t let other people control u. And if Hamza is not trying to understand u then leave him just like me

Fight for ur right and stand firm