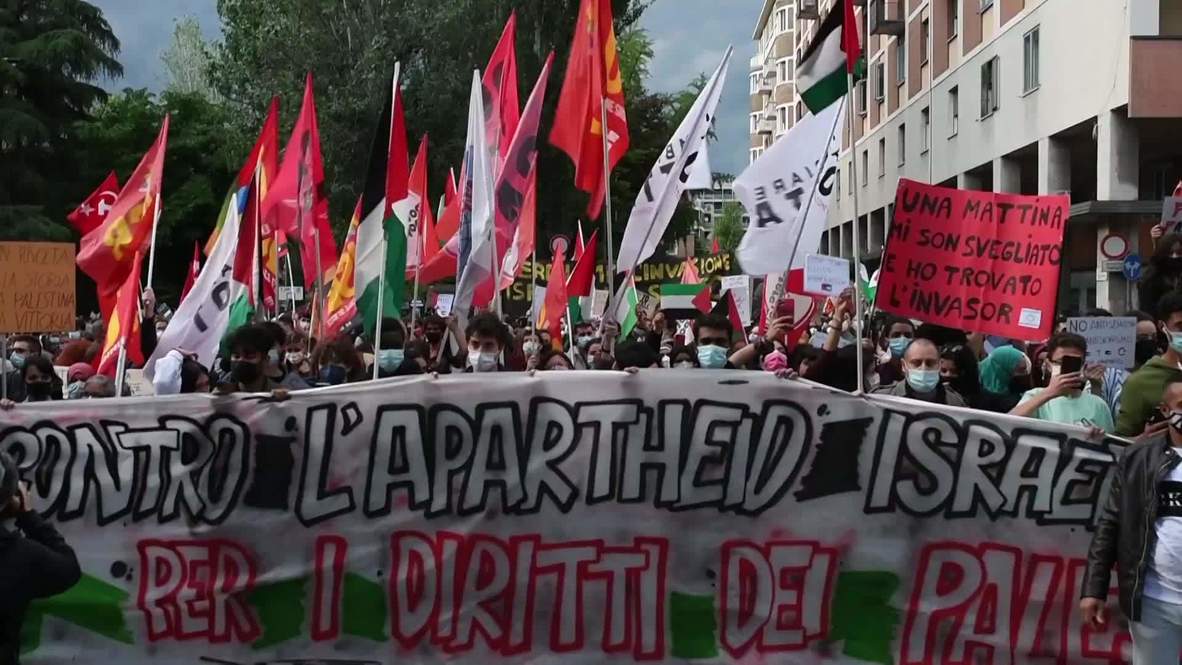 Midway through the month of August, most Italians take their annual summer vacation to the mountains or the coast. Not so for some of the demonstrators in support of Palestine who gathered in Rome on Wednesday to protest outside the Italian Foreign Affairs Ministry.

Several organizations, including the Palestinian Community in Rome and the Boycott, Divestment, and Sanctions (BDS) movement, came together to take this initiative. Justice for Gaza’s innocent victims was the rally’s official slogan.

They are protesting the Mario Draghi administration’s policy of providing unqualified backing for Israel’s military occupation of Palestine. Italy’s foreign ministry issued a statement on its website last week, reiterating its support for Israel’s right to ensure the safety of its citizens and expressing its strong condemnation of rocket attacks on Israeli territory.

The outgoing Draghi administration has been particularly productive in its cooperation with the Israeli government. Around 30 days ago, an Israeli security delegation met with Italian military leaders in Rome. At that time, Tel Aviv and Rome engaged in high-level talks about bolstering their collaboration on military supply and R&D projects.

The United Nations’ special rapporteur on human rights in the Palestinian territories has recently condemned recent Israeli attacks on the Gaza Strip as both illegal and reckless.

The UN special rapporteur on the Palestinian question declared earlier this year that Israel’s occupation of Palestine amounts to apartheid and blamed the international community for not holding Tel Aviv to account for its repeated violations of basic international norms during its 55-year occupation. To Israel, Italy is the third largest arms supplier in the world.