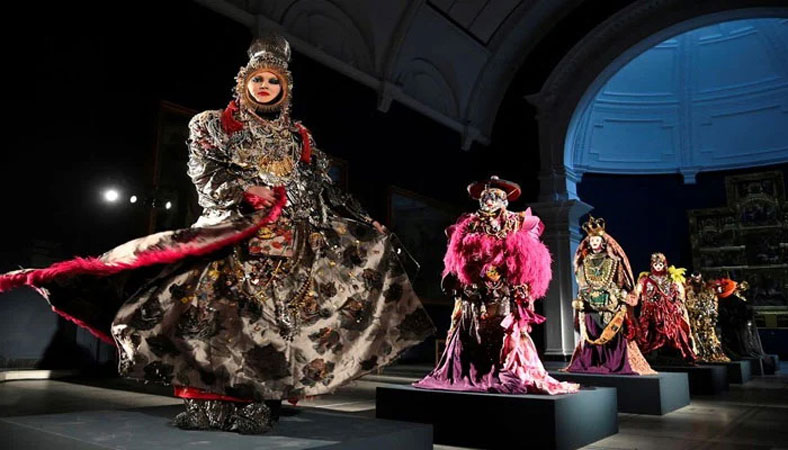 British artist Daniel Lismore’s monumental pieces of “wearable art” featuring everything from rubbish to elaborate headgear studded with jewels took centre stage at London’s Victoria and Albert Museum on Friday. Guests were invited to closely inspect the nearly two-metre tall pieces, one of which was worn by Lismore, who calls himself “a living sculpture”. “I’m not a performance artist or a drag queen, I just live as art,” he said in an interview. The pieces – featuring brightly coloured fabrics and metallic embellisments – took between two hours to eight months to put together and were inspired by people and objects from around the world, said Lismore. “There’s hundreds of stories in each piece,” he said. “There’s an honorary i-D magazine cover. There’s a piece that I wore to Buckingham Palace for the Queen’s Platinum Party. There’s pieces from everywhere you can imagine, things I find on the floor, rubbish, pieces from Bulgari, pieces from all over.”