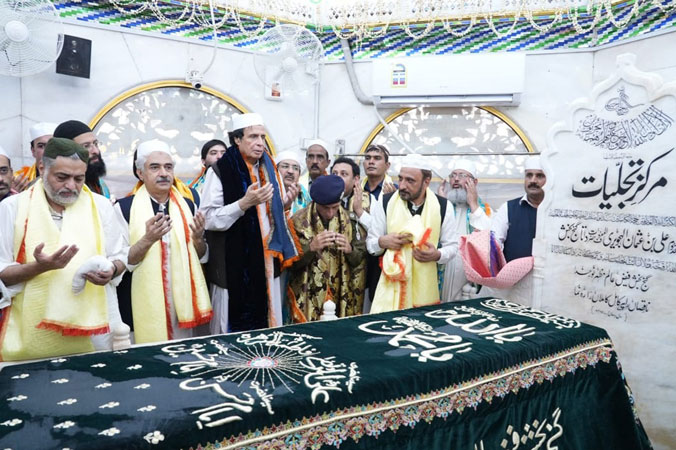 He presided over a meeting on Monday which reviewed Rawalpindi Ring Road and Nullah Lai projects.

Parvez Elahi said that during the construction of Rawalpindi Ring Road saving and transparency of government funds should be kept in mind whereas comfort of people should not be ignored at all.

He said the construction of Rawalpindi Ring Road and Nullah Lai projects should be started keeping in mind the rules and regulations.

The chief minister said that more roads would be constructed to overcome traffic related problems of people of Rawalpindi. He said that a suggestion regarding construction of houses for those whose homes will be affected due to the project would be reviewed.

The CM said the incumbent government was taking steps to provide clean drinking water projects to people of Rawalpindi and Murree, adding that Nullah Lai Expressway would be constructed at Rs46 billion instead of Rs110 billion.

The ceremony was started with recitation of the Holy Quran while renowned Naat Khawans paid glowing tributes to the Holy Prophet Hazrat Muhammad (Peace Be Upon Him) by reciting different Naats.

Later, Punjab Chief Minister Chaudhry Parvez Elahi performed the ghusal of the Mazar with rose water besides laying wreath on the grave of great Sufi saint.

Special prayers were offered for peace, stability and prosperity of the country.

Parvez Elahi said, “All saints have given message of love, peace and brotherhood.”

A large number of devotees were also present on the occasion.

Meanwhile, in his message on the occasion of Ashura, Chief Minister Parvez Elahi said that the great sacrifice of Hazrat Imam Hussain (AS) and his martyred companions is a bright chapter in the history of the world.

The CM said that the eternal sacrifices of the martyrs of Karbala are a beacon for all. The grandson of the Holy Prophet (PBUH), Hazrat Imam Hussain (AS) did not bow his head in front of falsehood for the sake of truth. Hazrat Imam Hussain (AS) and his companions have been immortalized in history forever and their great sacrifice will continue to ignite new vigour and passion in the oppressed people of all ages, the CM said. Imam Hussain’s martyrdom is the voice of revolution which will continue to be heard in every age, he added. In the current situation, there is a greater need than ever to follow this philosophy of Hussain as his struggle against oppression is an eternal message for all, the CM concluded.