Ananya attacked by feathers, hair stuck in blower during photoshoot

* On Monday, Ananya took to Instagram and shared a few stunning photos of herself from the song shoot 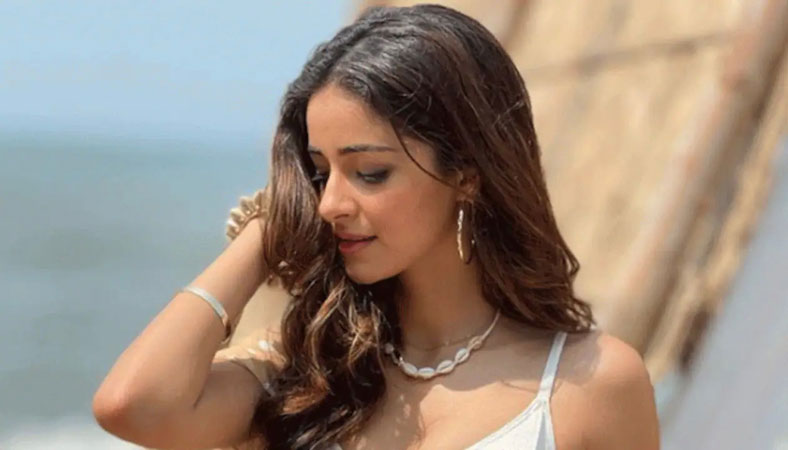 Actress Ananya Panday and Vijay Deverakonda’s recent song ‘Aafat’ is out and is a hit among the masses. The song shows the sizzling chemistry between the lead pair and make them a perfect on-screen pair. On Monday, Ananya took to Instagram and shared a few stunning photos of herself from the song shoot. However, behind her stunning photos are many failed attempts. In the images, the actress was trying to have some ‘heroine moment’, but each time she posed for the camera, either she was ‘attacked by feathers’, or her hair got stuck in a blower.

Sharing the photos, Ananya wrote, “Expectation vs. Reality was tryna have my Heroine moment but I got attacked by feathers and my hair got stuck in the blower instead #AAFAT”. Soon after she shared the post, her BFF Shanaya Kapoor dropped heart and love-struck emoticons.

Meanwhile, Ananya Panday and Vijay Deverakonda are travelling across the country to pormote their upcoming film. The ‘Liger’ lead pair is in Ahmedabad to promote their movie, which is all set to release on August 25, 2022. ‘Liger’ is directed by Puri Jagannath, stars Vijay as an underdog fighter from Mumbai, who competes in an MMA championship. The film also stars Ramya Krishnan and Makarand Deshpande and has an extended cameo by Mike Tyson. ‘Liger’ will be released in multiple languages – Hindi, Telugu, Tamil, Kannada and Malayalam.