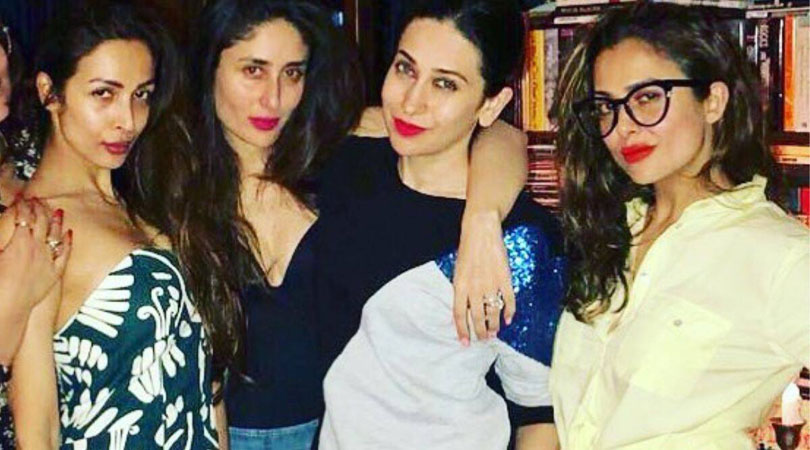 On Friendship Day, Bollywood actor Kareena Kapoor Khan talked about the special connection she has with her famous ‘girl gang’ consisting of Karisma Kapoor, Malaika Arora and Amrita Arora. Kareena said that even after so many years, she is still passionate about them and also described each of them.

In an interview with Hindustan Times, the 41-year-old actor spoke about what binds them together. She said, “We are similar, like-minded people, I am so passionate about them. We have that connectivity, that’s why people aspire to be like us somewhere.”

Tagging her sister, actor Karisma as ‘shy prude’, she said, “Lolo is most shy, and I would say Malaika is the most adventurous. She is quite fearless. Ammu and me, we are only interested in wine and pasta! (laughs) Lolo is the shy prude, and she has always been that type of person.” The girl gang has completed 20 years of togetherness and they also have a WhatsApp group named ‘guts’. The glamourous gang is often spotted partying at the weekends or holidaying together abroad.

The actor said that she forgets about everything when she is with her friends. She added, “What am I doing tonight with my kids? That’s important. I don’t know what am I going to do 10 years later. The same with my friends also, that’s more important, it is about only us in that moment when we are together. That’s why people also follow us as a gang!”