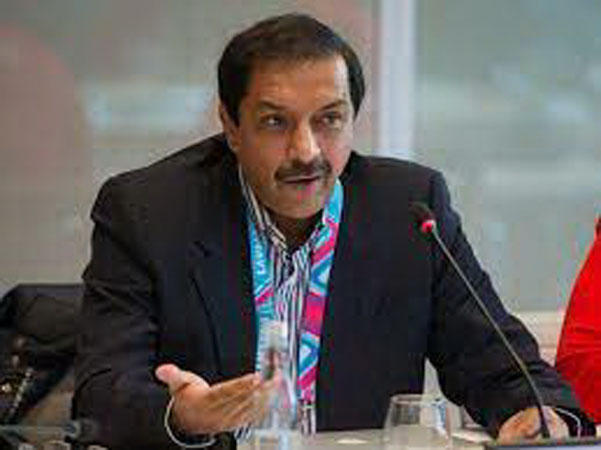 BIRMINGHAM: Pakistan’s Muhammad Tayyab Ikram has confirmed his candidacy for the role of President of the International Hockey Federation (FIH) after the resignation of India’s Dr Narinder Batra as FIH President. Presently an FIH Executive Board Member, Treasurer of the FIH Foundation and CEO of the Asian Hockey Federation, Tayyab has been active in sports in various roles for more than 35 years in a wide variety of organisations and roles, with a strong focus on education, development, and events. One of his proudest accomplishments is the transformation of Asian Hockey Federation from a purely volunteer-led to a fully professional organisation within the span of a few short years, with significant progress and successes in event planning and delivery, commercial and broadcast partner recruitment, media coverage and online and social media reach and educational offers as well as governance, streamlined administration and NA development.

Tayyab believes in the development and empowerment of National Associations as a key concept for the growth of hockey and its contribution to sustainable social development on a wider scale. He himself a FIH Master Coach has also been a part of the FIH education system for over 30 years, has involved from grassroots to the elite high-performance level, including many FIH top coaches development. he has delivered education and development activities in person in most of the hockey countries, and considers his work in this area, and the recognition and appreciation from National Associations and Continental Federations for these efforts, to be the main reason for the landslide win in his first election as FIH EB Member in 2016, with 100 votes, considered to be the highest number of votes any single candidate has won in an FIH Executive Board Member election.

Beyond hockey, Tayyab has been active and involved in international sport and the Olympic Movement for decades and is well known and widely respected for his contribution, in particular in the areas of event planning and delivery, as well as Olympic Solidarity and athlete rights, welfare and career development. He has been playing important roles at the International Olympic Committee (IOC) as an Olympic Solidarity Commission Member and Member of Steering Committee for Athletes Rights and Responsibilities Declaration and at the Olympic Council of Asia (OCA) as the Vice Chair of the Athletes Commission.

His achievements in sport in active roles are built on a solid foundation of education in event management and delivery and sports management and professional experience in event planning, played a key role in the development of Chinese Hockey and was delighted to accomplish his task by watching the Chinese Women team winning the silver medal in Beijing 2008 Olympic Games, to having lead the team that delivered the Tokyo 2020 Olympic Games hockey competitions under the most difficult of circumstances. Also, part of his contribution consists of working in his native country Pakistan, where he produced many Olympians that played in various Olympic Games. He has also delivered value through consultancy services for the Olympic Movement in different areas and is a professional presenter on topics from event delivery and legacy to coaching, team psychology and high-performance topics. The FIH Presidential Election takes place during the FIH Congress on November 5, 2022, with the participating delegates from National Associations from around the world casting their vote to decide who should take the helm of the International Hockey Federation.