* For the unversed, Shahid and Ali Abbas Zafar have collaborated on a film which will be directly releasing on OTT, as per the reports 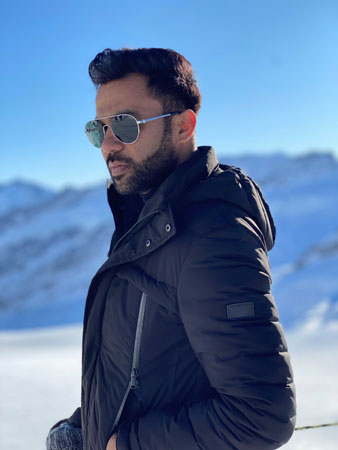 On Friday, he made serious claims that Aamir Khan and team Laal Singh Chaddha are paying for negative trends against Raksha Bandhan. Now the latest target is Ali Abbas Zafar and his upcoming film with Shahid Kapoor.

For the unversed, Shahid and Ali Abbas Zafar have collaborated on a film which will be directly releasing on OTT, as per the reports. It is said to be a remake of a 2011 French film, Sleepless Night. As the OG film was highly acclaimed by critics, Shahid and Ali’s first-even film looks to be an interesting project to look forward to.

Now, targeting the film, KRK has claimed that Ali Abbas Zafar has made a bad remake and it is directly arriving on the streaming platform ‘Voot’. He also claimed that Shahid Kapoor has charged as much as 40 crores for the film. He tweeted, “Sleepless night is such a beautiful film. But #AliAbbasZafar has made such a bad remake that film will directly release on #Voot. Shahid Kapoor charged ?40Cr to do that crap film. Ye log Bollywood Par Tala Lagakar Hi Baaz Aayenge!”

Meanwhile, the self-proclaimed critic has accused team Laal Singh Chaddha of paying to carry negative trends against Akshay Kumar’s Raksha Bandhan on social media. For those who don’t know, LSC and RB are clashing at the box office on 11th August.