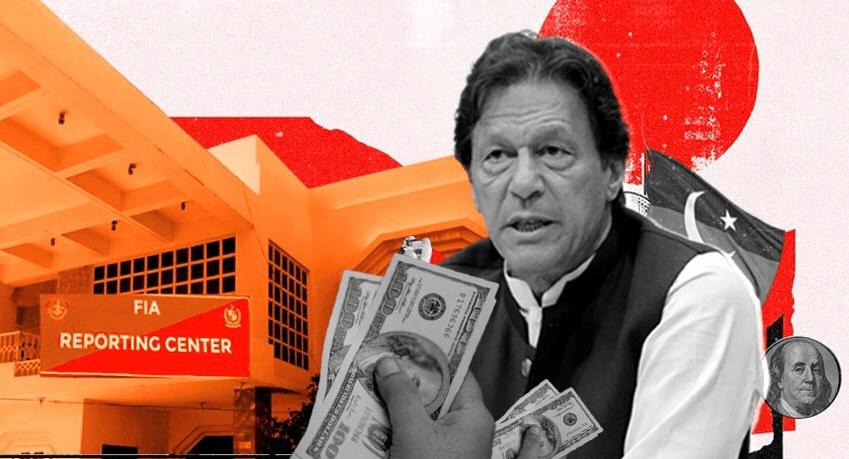 The FIA has made progress on the investigation in the PTI prohibited funding case after the verdict of the Election Commission of Pakistan (ECP). A six-member probe team formed by the intelligence agency.

Sources added that four employees nominated in the ECP report included in the initial investigation. The employees who recorded their initial testimonies to the FIA included Muhammad Rafique, Tahir Iqbal and Muhammad Arshad.

The concerned authorities have expanded the scope of the probe against PTI in the prohibited funding case. A five-member special monitoring team formed by the intelligence agency.

The monitoring team will coordinate with the zonal inquiry team in Lahore, Peshawar, Karachi, Islamabad, Quetta and Faisalabad.

The zonal committees will collect records of the assets owned by Imran Khan-led PTI, whereas, the inquiries will be conducted under the Political Parties Act 2002. The monitoring teams will be the comprise of five members.

Director Training Athar Waheed will head the monitoring team, whereas, the other members included Khalid Anees, Khawaja Hammad, Chaudhry Ijaz Ahmed and Ijaz Ahmed Sheikh. A notification also issued by the FIA Islamabad in this regard.

The federal cabinet approved the recommendation to file a disqualification reference against PTI Chief and former prime minister Imran Khan and ordered the FIA to launch a money laundering inquiry into fake bank accounts used by the political party.

Information Minister Marriyum Aurangzeb said in her press conference yesterday that the PTI used overall 16 bank accounts that  not found on the records. She alleged that PTI used donations to the charity as party funds and an inquiry will be conducted into it.

She detailed that the inquiry committee is the comprise of FIA and representatives of all banks. “For the first time in Pakistan, a political party is got declare a foreign-funded party. The accounts of the PTI secretariat employees got use for foreign funding.”

Aurangzeb said that PTI, declared a ‘foreign-funded party’ in light of the ECP verdict. “The government is bound to send a declaration to the Supreme Court (SC) following the ECP verdict. The declaration will be presented before the federal cabinet for its approval to send it to the SC after Ashura.”