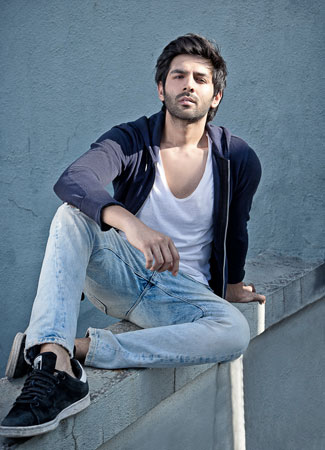 Bollywood actor Kartik Aaryan, who is known for his comic roles, has time and again given some spectacular performances to the audience. The actor also has some great looks and a charming personality. Post the success of his latest horror-comedy ‘Bhool Bhulaiyaa 2’, several projects are aligned up for the young actor. Taking to his social media, Kartik Aaryan shared a BTS picture of himself from a script reading session and wrote ‘Satyaprem Ki Katha’ indicating that the prep for the film has begun. Apart from Kartik, ‘Satyaprem Ki Katha’ also stars Kiara Advani in the lead. They were last seen together in Anees Bazmee’s ‘Bhool Bhulaiyaa 2’. Produced by Sajid Nadiadwala, the film is slated to release in 2023. On the work front, Kartik Aaryan has an interesting lineup including films like ‘Shehzada’, ‘Captain India’, ‘Freddy’ and Kabir Khan’s untitled next. Aaryan rose to fame with Luv Ranjan’s ‘Pyaar ka Punchnama’ series and ‘Sonu ke Titu ki Sweety’ and has given several hits in his short career.