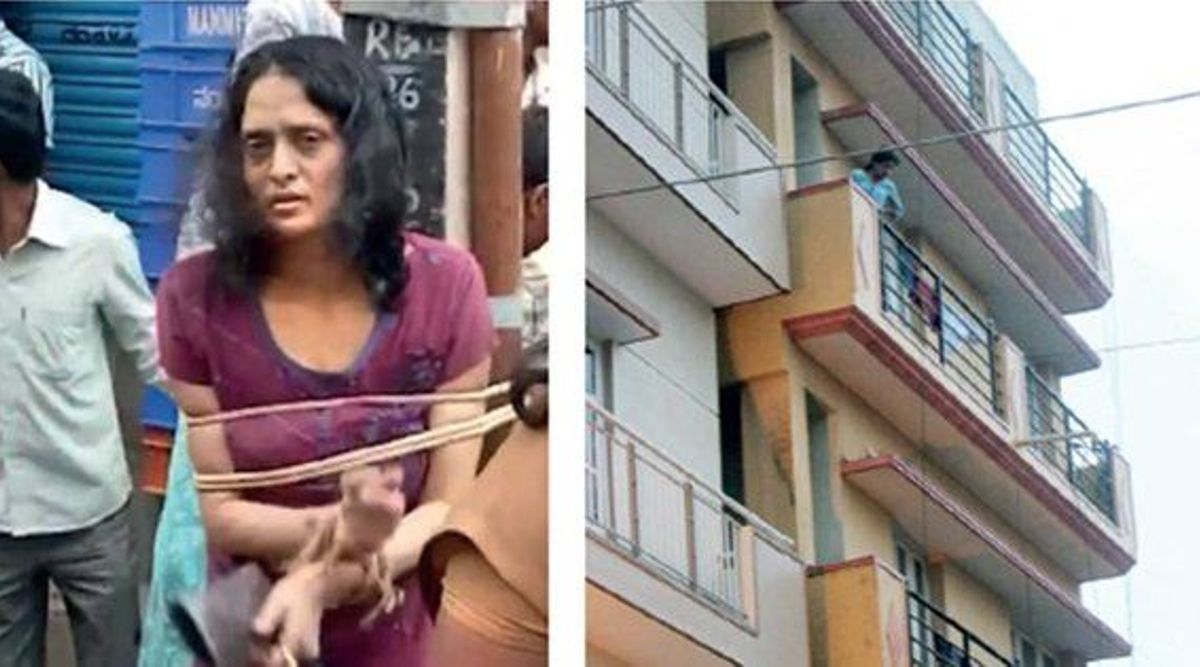 In a shocking incident, a Bengaluru mother threw her mentally challenged four-year-old daughter from the fourth floor of a building.

After she threw the child, the woman climbed on the railings and stood for a few seconds, before family members rushed out, pulled her back and pinned her to the floor.

The child died on the spot, the police said. The horrific incident happened at an apartment in north Bengaluru’s SR Nagar on Thursday.

The police said the four-year-old girl was hearing and speech impaired. Due to this, the woman was apparently depressed, the police said. She has been arrested after her husband filed a police case.

According to police, Sushma had also previously tried to abandon her daughter at a railway station.

“We are looking into all angles…about the mother’s mental health as well,” senior police officer Srinivas Gowda said.