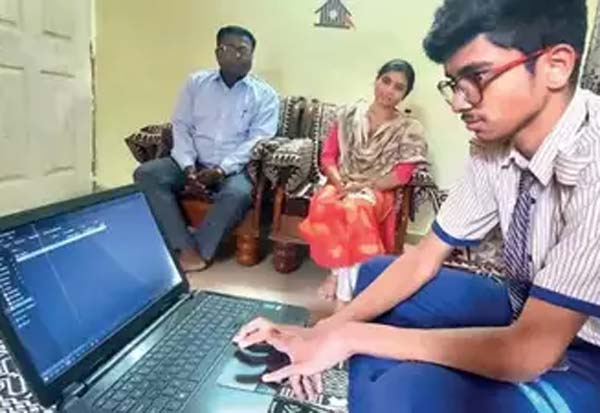 A very unfortunate incident for a young boy from India, Fifteen-year-old Vedant Deokate from Maharashtra’s Nagpur participated in and won a web development competition organized by a US-based company.

Vedant won the competition by writing as many as 2,066 lines of code over a span of two days. Upon winning the coding competition that saw over 1,000 participants, Vedant was offered the job by the very same company for PKR 96 lacs.

Later on, they found out that he is underage due to which he is not eligible for the job, so he lost the opportunity.

After that, the company sent a motivating message after the bittersweet moment.

Asking Vedant – who is a Class 10 student – to not lose heart, the ad firm encouraged him to complete his education and then contact them. “We are impressed with your experience, professionalism, and approach,” the company wrote to Vedant, the report added.

Vedant, who is a self-trained coder, honed his skills on his mother’s laptop. He has attended over two dozen online tutorials on the laptop that has been described as “slow” and “outdated”.

It was also on his mother’s Instagram account that he chanced upon the advertisement for the coding competition.

Even though he was disqualified from the position, it is still a great accomplishment that he was able to compete at such a young age.