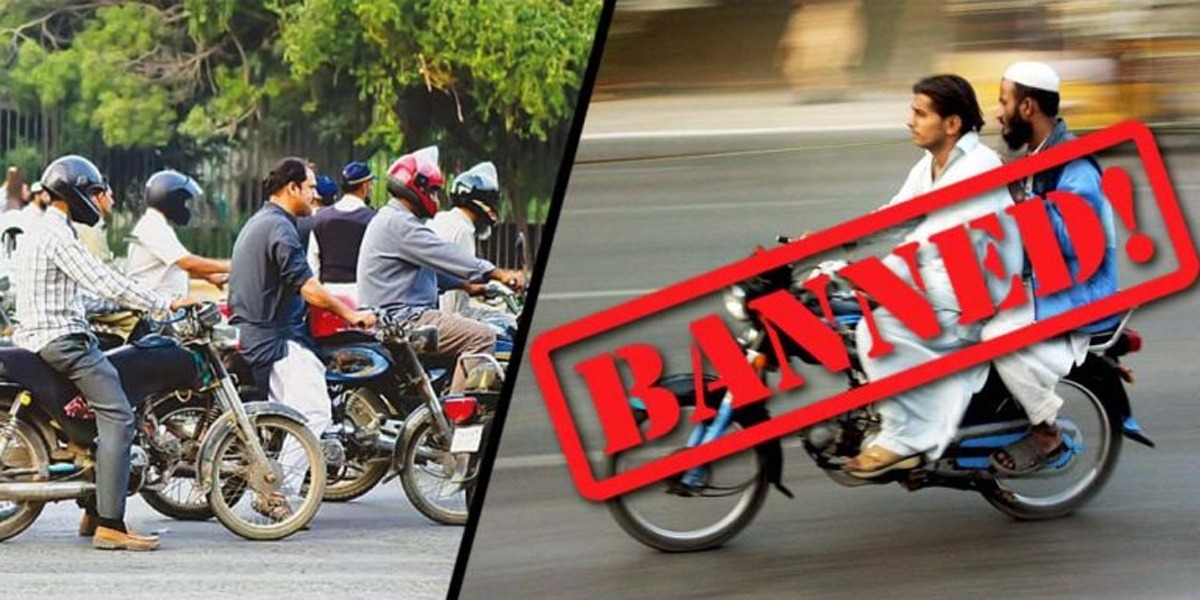 Pillion riding is banned throughout Sindh for seven days, from the sixth to the twelfth of Muharram, including the provincial capital Karachi to insure security.

In response to the Inspector General of Police’s (IGP) request, the government of Sindh outlawed pillion riding.

According to a notification from the Sindh Home Department, the ban will start on August 4 and end on August 10 (Muharram 6-12).

It won’t apply to journalists, people with disabilities, the elderly, women, employees of security institutions, or kids, the notification read.

“The Government of Sindh is satisfied that in order to maintain law and order situation throughout the province of Sindh and to avoid any untoward incident/mishap, it is necessary to take immediate measures,” the notification said.

The prohibition was established in accordance with Section 144 of the Criminal Procedure Code (CrPC), and violators would face punishment, notification warned.

Due to Ashura, the federal government has announced a two-day holiday on Muharram 9–10 or August 8–9. Banks will also be closed on those dates.

All private and government offices, educational institutes, businesses, and other activities would remain shut during the two days.