Karachi likely to have more torrential rains from Saturday 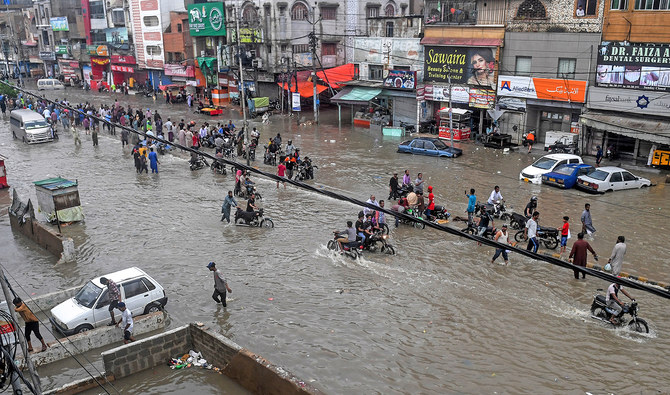 Karachi is likely to have more torrential rains from Saturday. Pakistan Met Office forecasted stormy rains that could inundate low-lying areas in Karachi from August 6 to August 11.

Sindh authorities have implemented Section 144 on the beach side in order to prevent people from swimming in the sea during torrential rains.

On Friday (today), hot and humid weather is expected in most parts of the country. However, rain-wind/thundershower is expected in different areas of Kashmir, upper Punjab, upper Khyber Pakhtunkhwa, Sindh, and north and east Balochistan. Heavy rains are also likely at a few places in lower Sindh and southern Balochistan.

According to the National Disaster Management Authority (NDMA) in the last 24 hours, 11 deaths were reported due to floods/rains in various incidents.

The total number of deaths due to floods/rains across the country is 549 while the number of injured is 628.

As per the NDMA rainfall data, 133% more rainfall across the country than the 30-year average record

NDMA said that 46,219 houses were damaged due to floods and rains.

From the instructions of the Prime Minister, the distribution of relief checks of 10 lakhs per person to the flood victims continued.

According to NDMA, the organization provided SDMA, PDMA Sindh, and PDMA Balochistan with relief supplies, including tents, tarpaulins, blankets, and mosquito nets.

Moreover, 100 tents were delivered to the Harnai administration by PDMA Balochistan.

Aside from the government relief organisations, humanitarian groups that have established medical camps in disaster-affected areas are also continuing to deliver aid supplies.