Vienna talks ‘ample opportunity’ for US to return to JCPOA commitments: Iranian diplomat 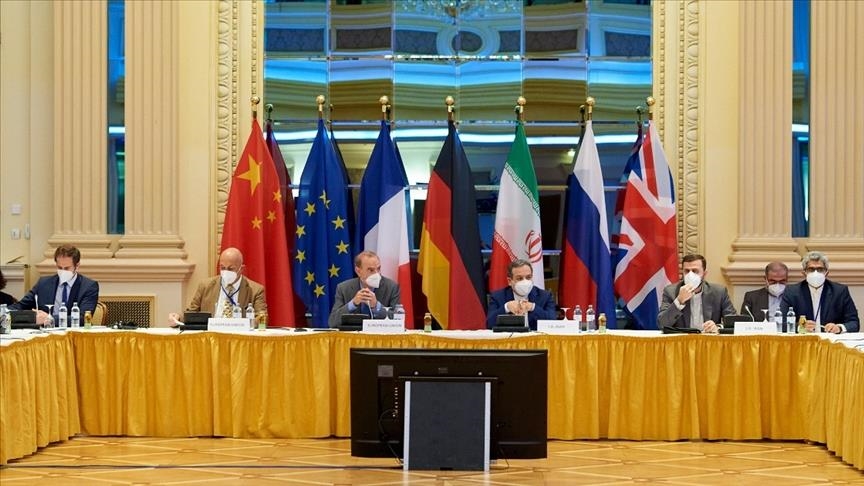 According to a senior Iranian diplomat, the talks in Vienna to resurrect the 2015 nuclear deal provide an “ample chance” for the US to demonstrate its determination to return to the agreement, officially known as the Joint Comprehensive Plan of Action (JCPOA).

Asadollah Eshragh Jahromi, the Iranian Foreign Ministry’s director general for International Peace and Security, made the statements on Thursday at the United Nations Tenth Review Conference of Parties to the Treaty on the Non-Proliferation of Nuclear Weapons.

“Indeed, the ongoing talks in Vienna provide the US with enough opportunity to demonstrate its commitment in returning to its obligations under the JCPOA,” Eshragh Jahromi said, dismissing Western countries’ complaints about Iran’s peaceful nuclear programme.

Vienna is holding a new round of negotiations between Iran and the other JCPOA parties in the hopes of resurrecting the agreement four years after the US unilaterally withdrew and maintained a combative posture toward Tehran. The talks, which began in April 2021, have failed to owe to Washington’s unwillingness to completely honour its contractual responsibilities.

After several months of deadlock, Iran’s senior negotiator Ali Bagheri Kani met with the European Union’s deputy foreign policy leader, Enrique Mora, on Thursday, stating in a tweet that the US must “seize the chance” to return to the accord.

“To date, Iran has kept to the JCPOA conditions, whereas the US and the E3 have failed to meet their JCPOA duties.” “After the United States withdrew from the JCPOA in May 2018 and reinstalled the penalties that were meant to be eased, as well as imposing additional ones,” Eshragh Jahromi added.

“In reaction to the reinstatement of US sanctions, Iran had to take certain corrective actions on multiple occasions, in accordance with the rules of the JCPOA, notably paragraphs 26 and 36 that allow Iran to do so,” he said.

However, the senior diplomat repeated Tehran’s view that if the other parties “honour their half of the deal,” it will discontinue its “remedial” efforts and begin full execution of its nuclear-related measures under the JCPOA.

While criticising Trump’s withdrawal and maximum pressure approach against Iran, the Joe Biden administration has kept those sanctions in place and introduced new ones as well. Eshragh Jahromi expressed regret.

Meanwhile, he claimed, European pact participants “not only failed to follow their duties, but have also begun to stand with the US, which has breached its JCPOA obligations.”

He claimed that the US and the other JCPOA parties were entrusted with ensuring that Iran reaped the benefits of the agreement’s implementation and that the agreement did not unravel owing to the “US’s unacceptable behaviour.”

“The aforementioned authorities must recognise that neither the gamble of using sanctions to extract additional Iranian concessions nor the creditor approach would be effective against Iran,” he stated.

In other remarks, Eshragh Jahromi responded to the “unfounded accusations and unacceptable statements” made by the United States, United Kingdom, France, Germany, and others regarding Iran’s peaceful nuclear programme, saying that Iran has the “inalienable right” to use nuclear energy peacefully, just like other Non-Proliferation Treaty signatories (NPT).

He also chastised the United States and certain European countries for actively modernising their nuclear arsenals and unqualified support for the Israeli regime in violation of their NPT obligations, saying that “they have no moral ground to make those hypothetical statements on Iran’s peaceful nuclear programme.”

“In fact, aside from double standards and unfaithful ways while claiming to have a passionate agenda,” he continued, “what could generate great concerns in the international community is their non-compliance with their legally obligated commitments.”

Israel’s nuclear weapons are a “danger to the Middle East.”

Meanwhile, Iran’s Ambassador and Permanent Representative to the United Nations has stated that the Israeli regime’s nuclear weapons, built with US assistance, continue to constitute a severe threat to the security of NPT-member Middle Eastern states.

Majid Takht-Ravanchi delivered the remarks on the third day of the tenth Review Conference on Wednesday.

He also asked the Review Conference to confront the Israeli regime’s danger to Iran, namely the death of several innocent nuclear experts and the regime’s threats to strike Iran’s nuclear facilities, as soon as possible.

“With the exception of a few European parties, including Germany, which hosts many nuclear weapons on its territory,” he said, adding that Iran, as a staunch supporter of nuclear disarmament, is equally committed to nuclear non-proliferation and supports the non-discriminatory and impartial implementation of the IAEA safeguards system.

The Tenth NPT Review Conference began on Monday in New York and will conclude on August 26, 2022. It will assess how far the treaty’s implementation has progressed.