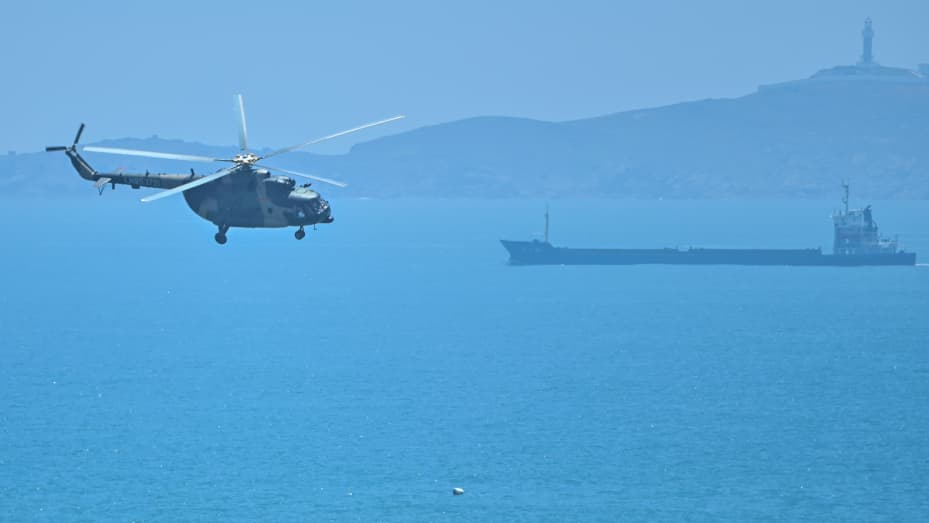 Military exercises in the waters around the self-ruled island of Taiwan have resumed, with the territory’s defence ministry claiming that multiple vessels and fighter aircraft have crossed the Taiwan Strait’s median line.

Following US House Speaker Nancy Pelosi’s visit to the democratic island that Beijing claims as its own, the US military conducted drills on Thursday that included firing ballistic missiles and deploying fighter jets.

At 11 a.m. (03:00 GMT) on Friday, multiple Chinese “warships and warplanes” crossed the median line of the strait separating China and Taiwan, according to the Taiwanese defence ministry.

Chinese military exercises were described as “extremely provocative” by the ministry, which noted that it was actively watching the “enemy situation.”

This week’s exercises included a “conventional missile firepower attack” in waters east of Taiwan, according to Chinese military reports. As reported by the official Xinhua news agency, the Chinese military participated in the drills with “over 100 jets, including fighters and bombers” and “over 10 destroyers and frigates.”

Chinese missiles were reported to have flown over the island by CCTV and the Communist Party tabloid Global Times, which claimed the drills had “totally shut down” the island. Ten Dongfeng-class ballistic missiles were fired “in many batches” by the Chinese military, Taiwan claimed.

Although the missiles were not a threat due to their altitude, the Pentagon refused to disclose their flight paths because of intelligence concerns.

When asked about Friday’s missile launches, Taiwanese Premier Su Tseng-chang referred to China as the “evil neighbour” and accused the country of damaging the world’s most heavily used waterway. Due to China’s ongoing military activities, Asian airlines including Singapore Airlines and Korean Air re-routed or cancelled flights on Friday.

Five of nine missiles fired towards its territory landed within Japan’s exclusive economic zone (EEZ), prompting diplomatic protests from the country, while China summoned the Japanese ambassador over its involvement in a G7 statement criticising the military manoeuvres.

When Chinese Foreign Minister Wang Yi greeted Russian colleague Sergey Lavrov with a tap on the shoulder, he appeared to neglect Japan’s Foreign Minister Yoshimasa Hayashi, whom he had previously planned to meet at a meeting of Southeast Asian foreign ministers in Cambodia. The United States Secretary of State, Antony Blinken, is also in Phnom Penh for the discussions.

Al Jazeera correspondent Florence Looi, who is in Phnom Penh, described the meeting as “heated” and said that Taiwan’s problem has eclipsed Myanmar’s mounting crisis. On Friday, House Speaker Nancy Pelosi met with Japanese Prime Minister Fumio Kishida and gave a press conference on the diplomatic storm that surrounded her visit.

This is not about changing things in Taiwan or the area, as we have maintained from the beginning,” she said, underlining that Beijing cannot isolate Taiwan by banning Western diplomats from going there.

Furthermore, she said, “The Chinese government is not pleased that our friendship with Taiwan is strong.” “Peace and the status quo in Taiwan have overwhelming bipartisan backing in the House and Senate.”

The nationalist government moved to Taiwan when Mao Zedong’s communists defeated Chiang Kai-Kuomintang shek’s during the civil war and took control of Beijing.

The United States maintains a policy of “strategic ambiguity” on Taiwan, while having diplomatic relations with Beijing. Island defences are mandated by law, and they must be provided by the government.

Beijing has not ruled out the use of force in order to seize control of Taiwanese territory.