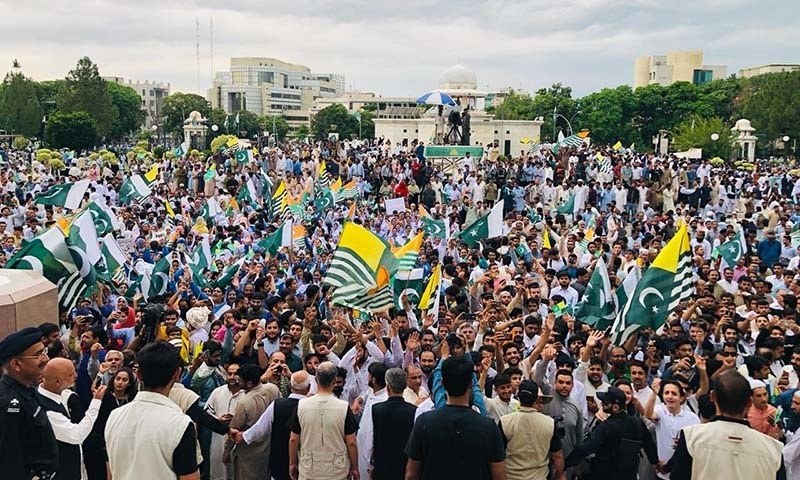 Youm-e-Istehsal being observed by Kashmiris on both sides of the Line of Control and all over the world today (Friday). The purpose is to register their protest against Narendra Modi-led fascist Indian government’s illegal action taken on this day in 2019.

The Modi regime in gross violation of the United Nations resolutions and international law scrapped Articles 370 and 35A. The articles is of Indian Constitution that granted special autonomous status to Indian Illegally Occupied Jammu and Kashmir and imposed military siege in the territory on 5th August 2019.

All Parties Hurriyat Conference has called for complete shutdown today to mark it as a black day.

Illegally detained APHC Chairman, Masarrat Aalam Butt, in a message from an Indian jail, said that August 5, 2019 is one of the blackest days in IIOJK. He said the purpose of observing the day as Youm-e-Istehsal-e-Kashmir is to sensitize the international community. New Delhi’s brutal repression carries out by its more than one million occupation troops in the territory.

Meanwhile, APHC Vice Chairman Shabbir Ahmed Shah in a message from New Delhi’s Tihar Jail appealed to the Kashmiri people. “Observe Black Day today to convey a strong message to the world that Kashmiris do not accept India’s illegal occupation over Jammu and Kashmir”.

Incarcerated APHC Vice Chairman, Ghulam Ahmad Gulzar, in a special message from Srinagar Central Jail said that 5th August is one of the most tragic, painful and darkest days of modern Kashmir history. Kashmiris will always observe it as exploitation day, day of mourning and a black day.