US not seeking independent probe into killing of Shireen Abu Akleh 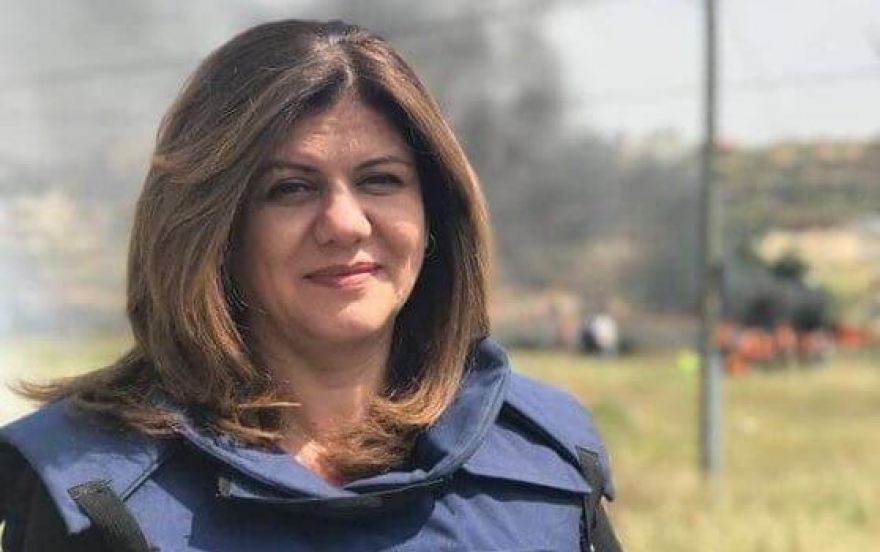 A top US official has stated that Washington does not support such an investigation, despite rising requests for one into the shooting death of Al Jazeera journalist Shireen Abu Akleh, who was killed by Israeli soldiers in May.

Senator Chris Van Hollen expressed concerns that the incident is “not getting the attention it deserves” during a hearing on Thursday, grilling Barbara Leaf, assistant secretary of state for Near Eastern affairs, over how the Biden administration has handled the situation.

The Maryland Democrat Van Hollen informed Leaf that Secretary of State Antony Blinken had previously demanded an “independent, credible investigation” into the death of the seasoned journalist, who was an American citizen.

“Just a simple yes-or-no question, is that still the position of the Biden administration?” Van Hollen asked.

“We have asked that there be a credible investigation,” Leaf responded, seeming to correct him. When pressed further, she added: “I will have to come back to you on that, senator, because that has not been my understanding of where our position was.”

Back in June, Blinken said Washington was calling for an “independent” probe into the killing. “When that investigation happens, we will follow the facts, wherever they lead. It’s as straightforward as that,” he said.

The Biden administration’s initial strategy, which claimed that Israel has the “wherewithal and the capabilities to conduct a thorough, comprehensive investigation,” has since changed, but the State Department has retracted its statement, telling Al Jazeera that there has been “no change.”

Advocates for Palestinian rights, who contend that Israel cannot be trusted to look into its own abuses, were offended by that stance.

On May 11, Abu Akleh, a well-known journalist from the Arab world, was shot while covering events in the West Bank. Later that month, Israeli forces attacked her funeral, beating the pallbearers and pushing them to the point where they nearly dropped her coffin.

Van Hollen said to Leaf on Thursday that many US lawmakers would be “very disappointed” if the administration did not push for an impartial investigation.

“There are a number of us that are not going to allow this to be swept under the rug, and we’re looking for answers,” he said.

The Department of State acknowledged on July 4 that Abu Akleh was likely fatally shot by a bullet that originated from an Israeli army position, but it framed the journalist’s death as the “unintentional result of tragic circumstances.”

Additionally, the US government claimed that a “detailed forensic analysis” of the bullet revealed that it was too damaged to identify its origin.

Despite the US administration’s admission that it did not conduct its own investigation, it was determined that the killing was not intentionally carried out. Ned Price, a spokesperson for the State Department, stated at the time that the conclusion was actually based on a “summation” of inquiries made by both Israel and the Palestinian Authority.

However, the Palestinian Authority’s investigation revealed that Abu Akleh, who was wearing full press protection, was intentionally shot by Israeli soldiers. Furthermore, several independent media investigations came to the conclusion that there were no armed Palestinians or clashes in the vicinity of the journalist’s death.

The July 4 review “does not meet any plausible definition of the ‘independent’ investigation that you and members of Congress have called for,” Van Hollen and other prominent Democrats wrote in a letter to Blinken last month.

Numerous other US lawmakers, some of whom were ardently pro-Israel, had also called for an impartial investigation with US participation.

Last week, Abu Akleh’s family visited Washington, DC, to press officials on pushing for accountability and demand a US-led investigation. But the slain journalist’s relatives were not granted a meeting with President Joe Biden despite repeated requests.

“We want to know who pulled the trigger, and why,” Victor Abu Akleh, Shireen’s nephew, told reporters outside the US Capitol building on July 28.

“And we want there to be accountability for the system that gave the green light so that other families don’t suffer the way that we have.”

The second American killed by Israeli forces in the occupied West Bank this year was Abu Akleh. US military assistance to Israel totals $3.8 billion annually.