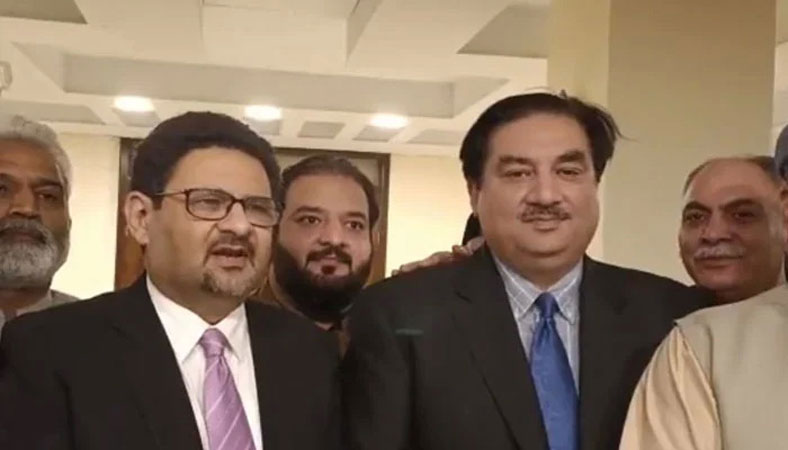 Federal Minister for Finance and Revenue Miftah Ismail and Federal Minister for Power Khurram Dastgir Khan Thursday announced that the government has decided to withdraw fixed tax regime on electricity bills for one year. The decision was taken on the directive of the prime minister to fulfill the demand of the traders.

The development comes after successful negotiations between government team and traders. Federal ministers Miftah Ismail and Khurram Dastgir Khan hold talks with the business community. “Govt has decided to withdraw fixed tax regime on electricity bills for one year,” read the statement issued by the Finance Ministry.

Earlier, Pakistan Muslim League-Nawaz (PML-N) Vice President Maryam Nawaz had urged the withdrawal of fixed sales tax on commercial power bills. Maryam had tweeted on Sunday that she had spoken to Finance Minister Miftah Ismail, who assured her that the solution to traders’ complaints would be found to their complete satisfaction.

Miftah Ismail said that Prime Minister Shahbaz Sharif and Maryam Nawaz had given directions to review this matter and after deliberating for a whole day, the government decided to withdraw the fixed tax for small traders for a period of one year. However, Khurram Dastgir said that the old system will remain intact for the first three months of the current fiscal year and the government will discuss the fixed tax regime with traders after three months.

It is pertinent to mention here that the government had introduced a fixed tax for small traders on their electricity bills in the FY23 budget. As per the decision, commercial electricity bills up to Rs30,000 would be levied with a fixed tax of Rs3,000 as of July 1, Rs5,000 tax would be levied on bills between Rs30,001 and Rs50,000 whereas bills exceeding Rs50,000 but below Rs100,000 would be subjected to a fixed tax of Rs10,000. The aforementioned rates were applicable for small traders and retailers who are on the Active Taxpayers’ List and have cleared all dues for the years 2020 and 2021. Non-filers would be automatically charged double the amount.

Last week, after facing opposition from traders related to the collection of taxes via electricity bills and requests from Prime Minister Shehbaz Sharif and PML-N Vice President Maryam Nawaz Sharif, Finance Minister Miftah Ismail had announced certain measures to satisfy small retailers. The finance minister had said that to address the concerns of the small retailers the government will “exempt shops with bills of less than 150 units” from the tax. “We will charge Rs3,000 even to those shopkeepers who are not registered with the Federal Board of Revenue (FBR). The tax paid will be full and final. No tax notice will be issued to shops nor will FBR officers visit their shops,” the finance minister had tweeted.

Ajmal Baloch, the president of the All Pakistan Anjuman Tajran and Traders Action Committee, Islamabad, in a press conference along with officials from all markets in the federal capital, had demanded removal of Ismail and said: “No electricity bills containing fixed sales tax would be paid, and if Wapda or any power supply company tried to remove the electricity meter, traders would launch a protest movement.”

He said in the budget document, that the income tax for non-filers was to be applied from Rs3,000 to Rs10,000 per annum, while in the Statutory Regulatory Orders (SROs), it was made monthly instead of annual, which was a bad thing on the part of the finance minister.