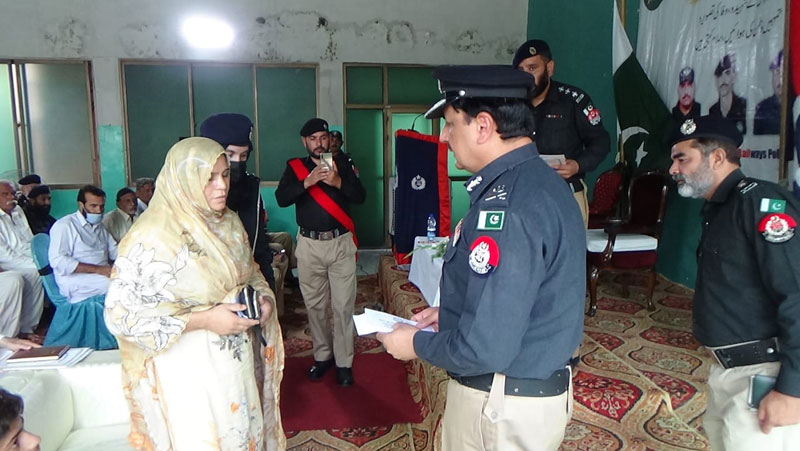 In Pakistan, August 4 is celebrated as Pakistan Railways Police Martyrs Day. On this day, tributes are paid to the policemen who laid down their lives while fulfilling their duty diligently. Policemen are the first line of defense for Pakistan against crime and it is the duty of Police to enforce law in the country and maintain order. It is observed to salute the spirits of police forces and their families and brave police martyrs who lost their lives fighting for the country. In this connection, a special ceremony was held at the Central Police Office railways, Lahore, and all the eight divisions of railways police. Financial assistance of one hundred and seventy thousand rupees was provided to the families of the martyrs.

In this regard, on the instructions of IG Railways Rao Sardar Ali Khan, a special ceremony was also organized in CPO on the occasion of Martyrs’ Day and IG railways commemorated the day with the families of martyrs in Rawalpindi division. On this occasion, on the special instructions of Inspector General Pakistan Railways Police Rao sardar Ali Khan, special functions were also organized in all the divisions of Railways Police. Gifts were distributed among the children of railway police martyrs. Apart from this, the railway police officers visited the graves of the martyrs of railway police and recited Fateha in the midday.

DIG North Dr.Muhammad Waqar Abbasi while addressing the participants said that martyrs of Railways Police have made the department proud by sacrificing their lives in the performance of their duty and these martyrs are the crown jewel of the department. We are equal participants in the joy and sorrow of the heirs of the martyrs and special attention is being paid to their welfare. He said it is the special day to pay homage to those police officers and Jawaans who sacrificed their lives in the war against crimes. DIG said that the martyrs of railways police have written a history of bravery and courage with their blood. Their sacrifices have produced huge impact. Hence, they are pride of railways police. DIG further commented that, the great sacrifices rendered by railways police martyrs have made the railways and country a citadel of peace. Human beings are mortal, but their deeds and sacrifices remain immortal, added DIG North.