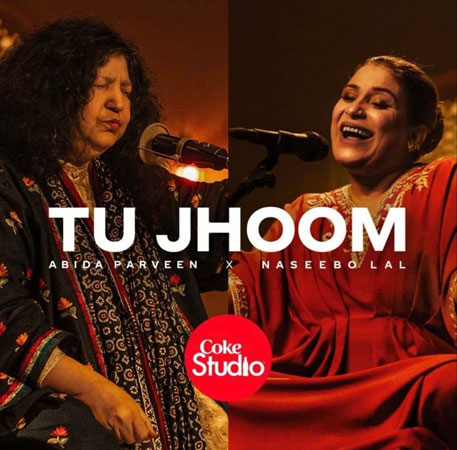 The track sung by legendary artists duo, Abida Perveen and Naseebo Lal in the latest season of the musical show, was brilliantly performed by the star kid, as he aced the high notes and beats of the track.

After concluding his performance, the emerging artist was complimented and questioned by Khan about his parents, to which the performer proudly confirmed, “I am the son of Madam Naseebo Lal.”

The now-viral video was reposted by several entertainment pages on the photo and video sharing platform, which received acclaim and heartwarming compliments for the budding singer from social users.

Here is what Instagrammers wrote:

Incredible. This is the best example of real talent coming from a singer’s family!

Amazing, Naseebo Gee. Give ur SON Professional Training. His voice & he looks like you

Amazing little angel keep it up and made your parents proud

Now, this kinda nepotism is welcomed all the time

It is pertinent to mention that Naseebo Lal-Abida Parveen collab broke the internet when it first aired on YouTube and television channels earlier this year. The track got millions of views, while, countless reaction videos were recorded on it as well.

Apart from the general audience, several celebs from India and Pakistan – smitten by the soulful piece – laud the powerhouse duo for the iconic number.

Moreover, ‘Tu Jhoom’ also got a feature in the superhit miniseries of MCU, ‘Ms Marvel’.