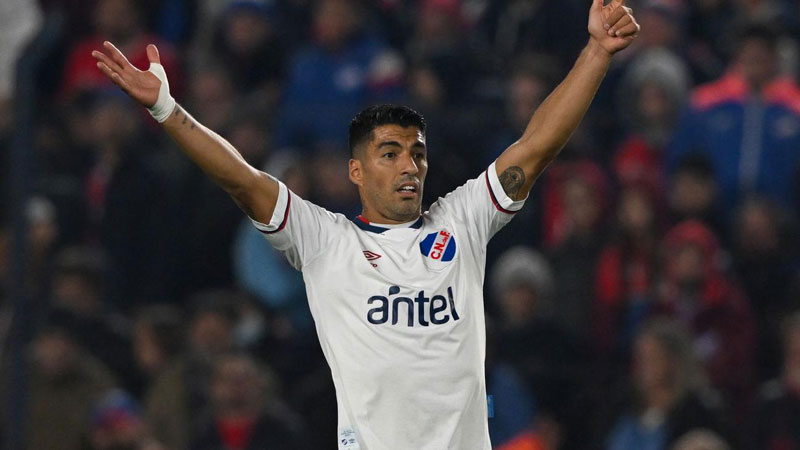 MONTEVIDEO: Uruguay great Luis Suarez made his second debut for his boyhood club Nacional on Tuesday but could not prevent them from falling to a 1-0 defeat at home to Atletico Goianiense. Suarez, 35, made his entrance as a substitute on 74 minutes in place of Franco Fagundez, 17 years after he first turned out in the white shirt of Nacional. He was given a massive standing ovation by the 30,000 adoring fans inside the Gran Parque Central stadium in Montevideo. He had a free-kick blocked by the wall in his brief cameo as Nacional piled on the pressure in a bid to force an equalizer in the first leg of their Copa Sudamericana quarter-final against the Brazilians. Goianiense had led since the 23rd minute through a Luiz Fernando header and held on despite total Nacional domination to snatch the victory. Veteran Suarez signed a short-term contract with Nacional last week, with the view to playing regular football ahead of the World Cup in Qatar, which begins on November 21. He has been guaranteed at least 16 starts for the Uruguayan side in the 100 days leading up to the global showpiece.