Aamir Khan and Kareena set to appear on ‘Koffee with Karan’ 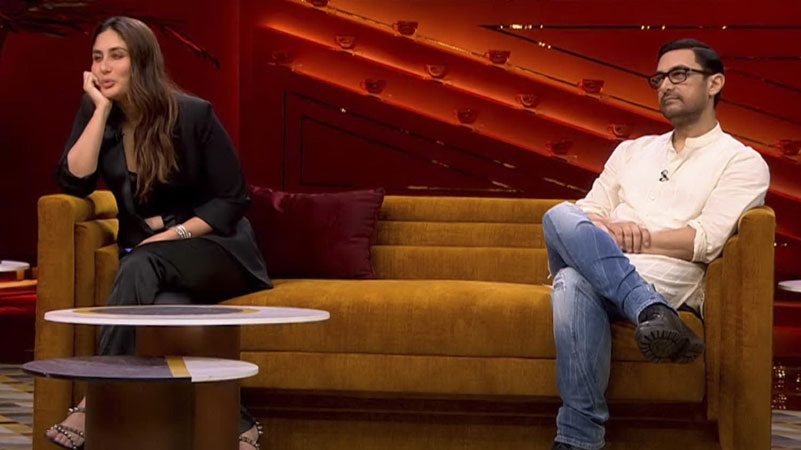 Aamir Khan and Kareena Kapoor will be making a guest appearance together on the famous talk show Koffee with Karan 7, as per Pinkvilla. In a short teaser of the upcoming episode, the Laal Singh Chaddha pair can be seen spilling the beans. The teaser included a snippet from a segment where both Aamir and Kareena are seen questioning each other. During this segment, Aamir asked Kareena, “What’s the one thing that you would tolerate about me?” To this, Kareena replied that Aamir takes 100s of days to complete a film while Akshay Kumar wraps one up in 30 days! Meanwhile, Aamir will also be seen talking about comparisons between Laal Singh Chaddha and Forest Gump. As per Khan, the comparisons were completely reasonable. Laal Singh Chaddha is set to be released on August 11, 2022.