* Once upon a time not too long ago, he could well have become the fourth Khan of Bollywood 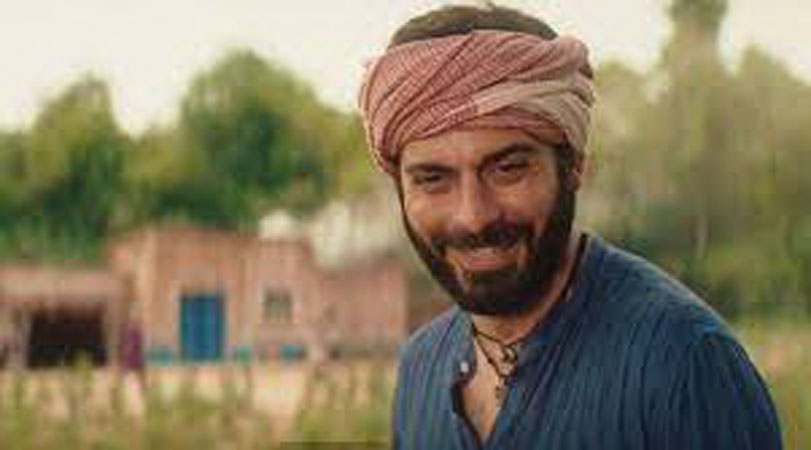 On an uneventful summer day earlier this month, with no news related to the borders, Pakistani actor Fawad Khan started trending on Twitter. Soon it turned into a riptide, with almost everyone posting and retweeting a 40-second clip of the gorgeous actor, in a scene from the fifth episode of the popular American OTT fantasy series Ms Marvel that was released on Disney Hotstar on July 6.

A quick scroll to know more about Ms Marvel threw up interesting tidbits. The current series is about an American Pakistani high school student, Kamala Khan (played by Canadian-Pakistani Iman Vellani), who discovers her superpowers. Supporting her in this revelation are a host of other characters played by Farhan Akhtar, Mohan Kapoor, Mehwish Hyatt – names that often draw you when you’re in your desi mood and want to trawl the web – and Fawad Khan.

Once upon a time not too long ago, he could well have become the fourth Khan of Bollywood. The Pakistani actor started off on television (quite like another Khan) in 2001 in the Urdu sitcom Jutt and Bond, playing a bumbling spy, going on to make his big screen debut in Shoaib Mansoor’s 2007 drama Khuda Kay Liye (which had a cameo by Naseeruddin Shah). In 2012, he got literally noticed in India when he appeared in the Pakistani family drama series Zindagi Gulzar Hai.

But it would take a while till Bollywood beckoned – an entry postponed in 2008 after Khuda Kay Liye because of the 26/11 Mumbai terrorist attacks and the nosedive in relations between India and Pakistan. In 2014, Khan finally made his Bollywood debut in Shashanka Ghosh’s 2014 comedy Khoobsurat that also starred Sonam Kapoor. He soon marked his presence in the 2016 Shakun Batra-directed Kapoor & Sons alongside Rishi Kapoor.

But then again, after India-Pakistan relations plummeted following the Uri terrorist attack in 2016, Fawad pretty much vanished from the Bollywood landscape….

… until he resurfaced on our OTT screens this month in an American streaming series of a teenage Muslim superhero. As an activist in pre-independent India/Pakistan. So Fawad now remerges in his ‘South Asian’ avatar, since the ‘Bollywood’ or ‘Pakistani’ tag didn’t work out too well for him before.

When Fawad had become a popular name – and beloved face – across the Pakistan-India border, beamed on Indian television screens in the popular 2011 drama series Humsafar, he was very much ‘ours’, subcontinental and how. In Zindagi Gulzar Hai, he was gentle, tender, mildly egoist and yet a devoted partner onscreen. Fawad became the ideal romantic hero of the 21st century, an Aamir Khan of our times in the making.

When the juggernaut of the Bombay film industry followed, Fawad set the screen ablaze in Khubsoorat. Him getting the Filmfare Best Male Debut seemed like the beginning of a beautiful friendship with fans. Fawad Khan had become Hindi film industry’s own. Or so it seemed.

Fast forward, and we suddenly find him in the world of OTT Hollywood as Hasan, a rose farmer and freedom fighter – and Kamala Khan a.k.a. Ms Marvel’s great-grandfather – waiting for an independent India. Here he is feisty and tender at the same time – not too far from his earlier avatars but this time with a sepia-tinged gusto.

So, it seems that it is as a ‘South Asian’ that Fawad will finally make our hearts flutter. Could this ultimately be the identity that will allow many talented – and, yes, in Fawad’s case also gorgeous — subcontinental actors, filmmakers, musicians to break out of their constrictive ‘Indian’ or ‘Pakistani’ mould for the world to feast upon?